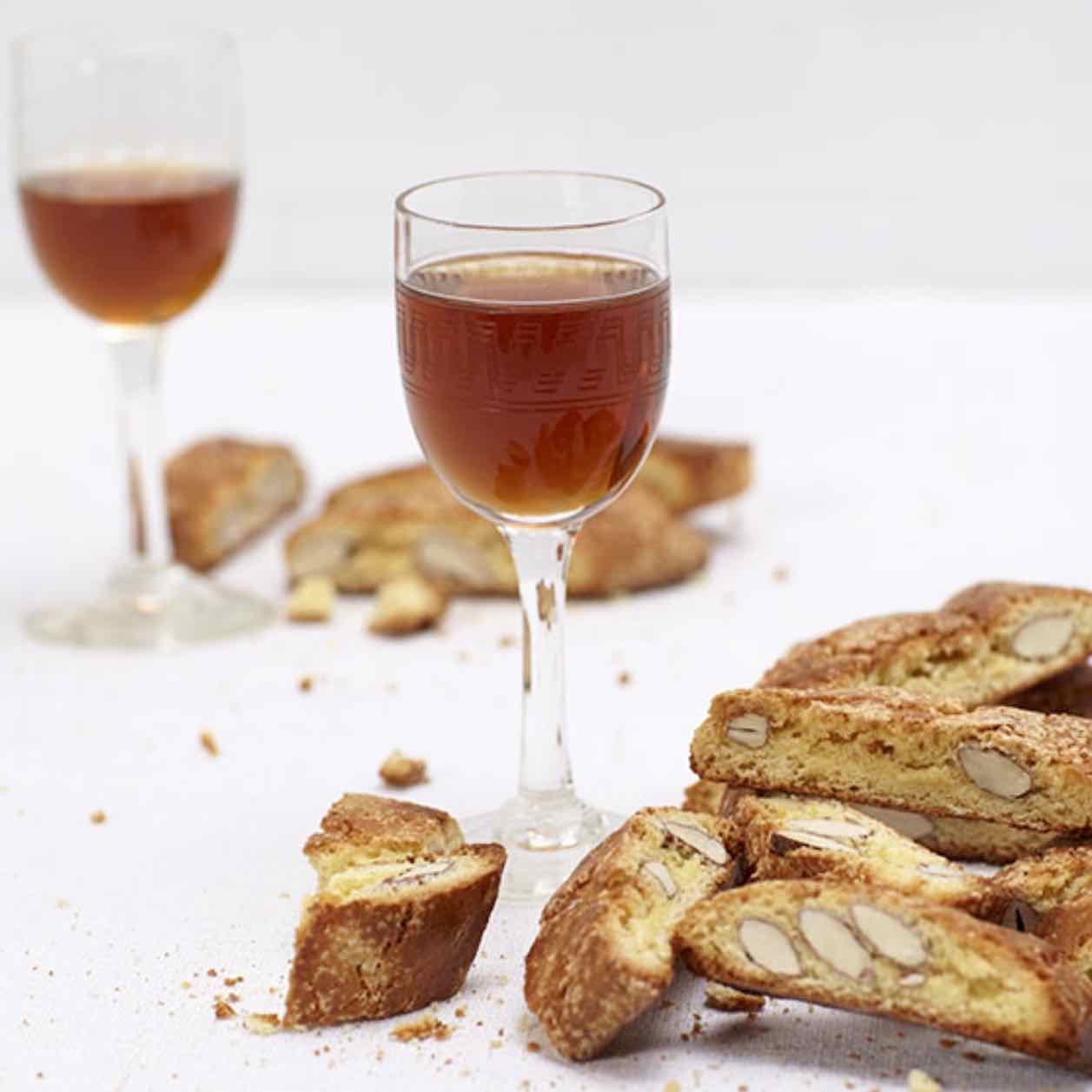 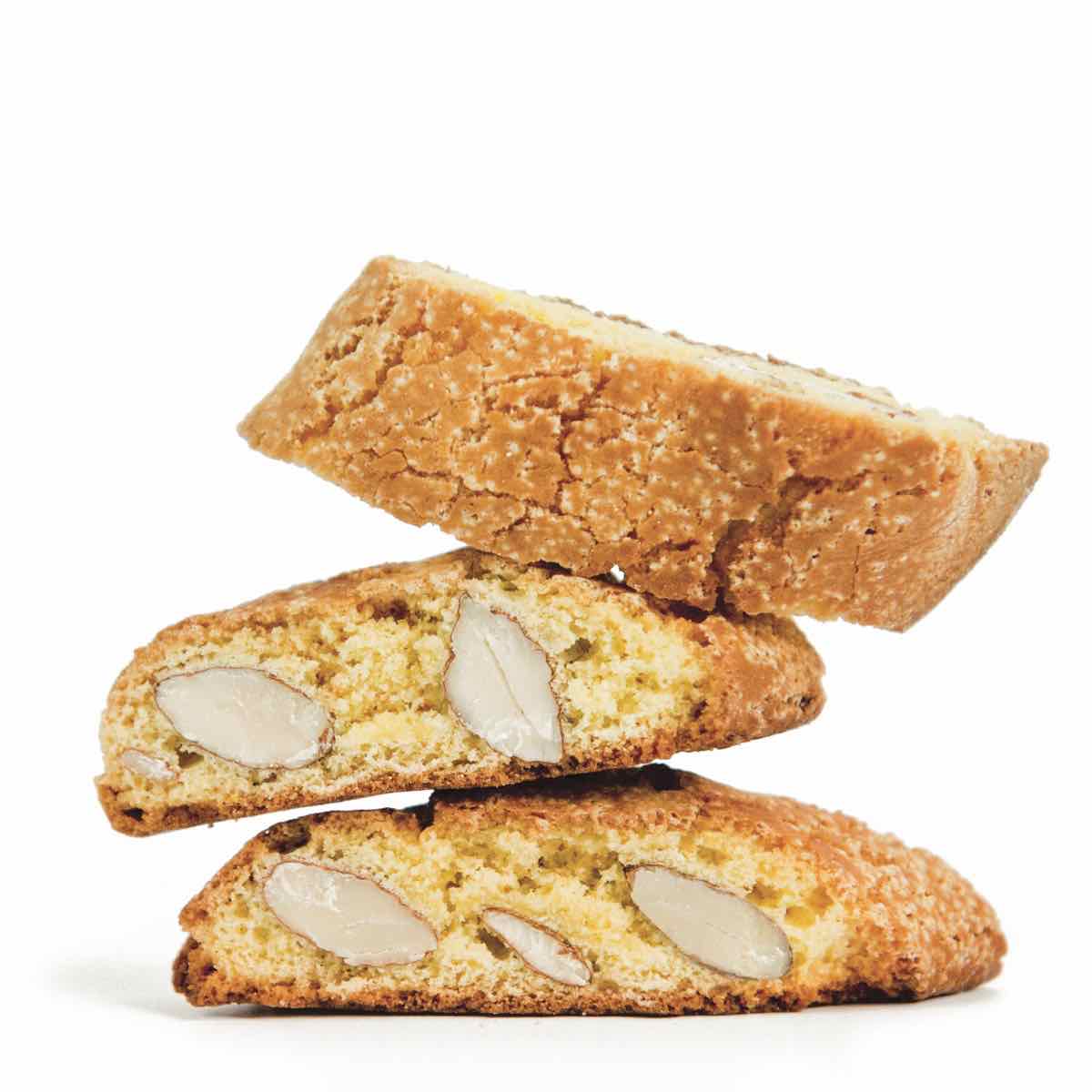 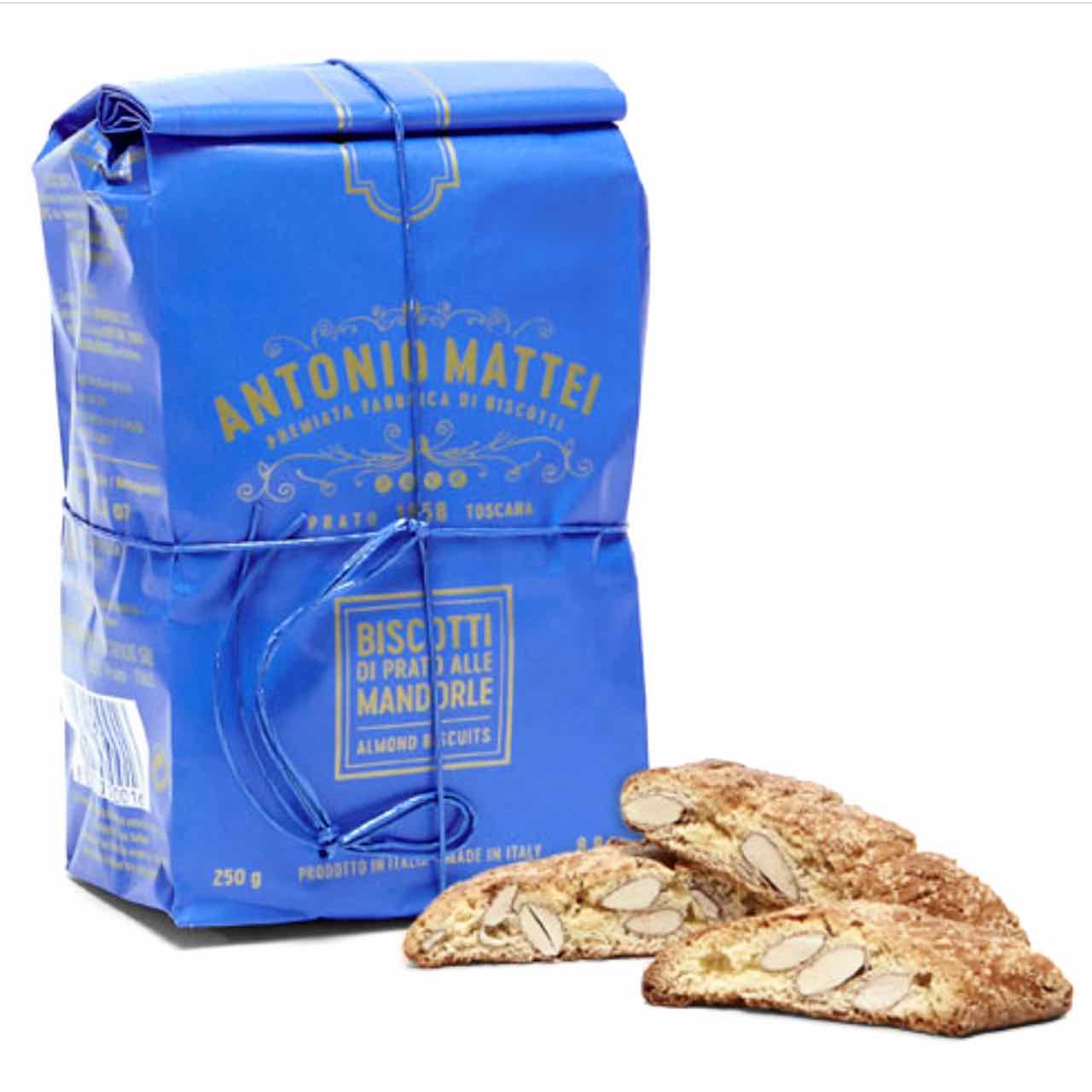 Packaged in the classic blue bag tied by hand with string, the Prato almond biscuits Antonio Mattei are part of the Tuscan confectionery tradition.

The Biscotti di Prato Antonio Mattei are made with high quality ingredients like Apulian almonds, fresh eggs, pine nuts from Pisa. You can taste the rich nuts over the flour and sugar that dominate the flavour of most biscotti.

Gustorotondo chose the Biscotti di Prato Antonio Mattei for the high-quality ingredients, for the great taste, for the unique packaging and because they are an important part of the Italian culinary tradition

Biscotti di Prato are traditionally served at the end of the meal with a glass sweet Tuscan Vin Santo.
Try them also with other sweet wines (like Recioto, Moscato wine, Aleatico dell’Elba, Passito di Pantelleria, Marsala, Porto), or serve along gelato, or as part of an afternoon tea.

In 1858 at Via dell’Appianato, today’s Via Ricasoli, Antonio Mattei, a baker and pastry cook from Prato, opened his biscuit factory and store. Mattei was a craftsman of humble birth, but he played a leading role in the history of Italian cooking.
Antonio Mattei cookies factory became well know beyond the borders of the city of Prato, as testified by the awards in Italy and abroad and by the special mention at the International Exposition of Paris in 1867.
Antonio Mattei also perfected a recipe creating the dry almond biscuit which was bound to become Prato’s most typical and traditional biscuit. 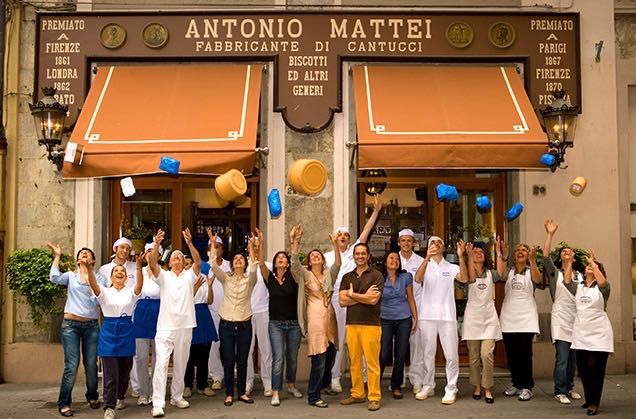 On September 29th, 2016, Italy’s post office Poste Italiane issued  a stamp entitled to Mattei Biscuits Factory, commemorating the high-quality craftsmanship, in a project promoted by the Ministry for Economic Development.