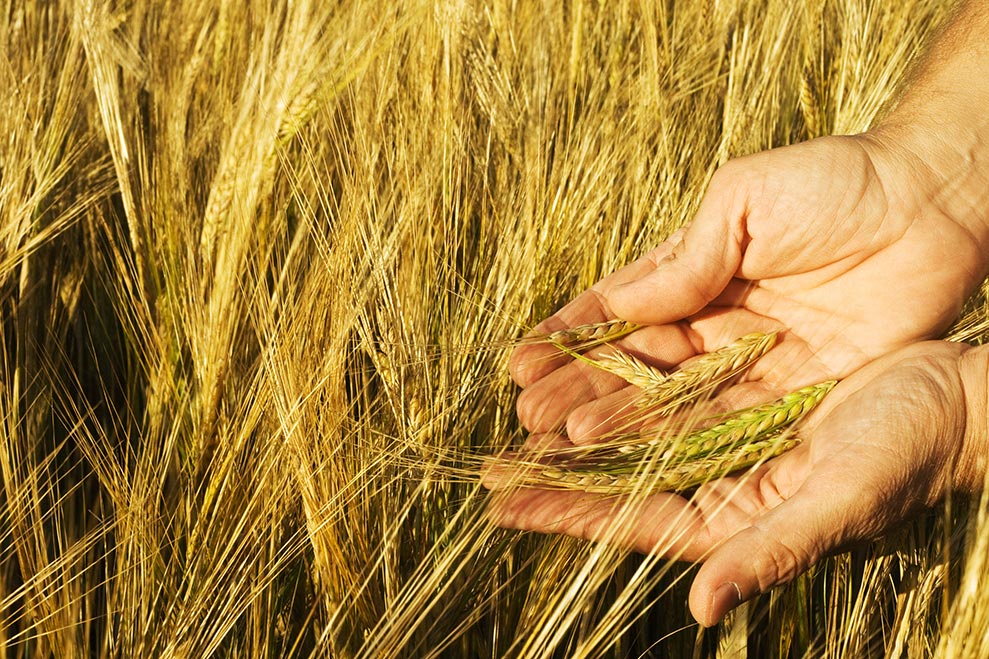 Who can imagine Italy (or even the world) without pasta? If you really think about it for a moment, perhaps you just about manage to, but are then confronted by a reality simply too sad to contemplate any further! For pasta is the grain’s most miraculous metamorphosis and in today’s world a household staple that no-one can do without.

Pasta now exists is over 310 different shapes, created from all types of grain, and that are recognised by over 1300 different names. 1300! Have you ever heard of another food that is loved so much as to exist in so many different forms and to respond to so many different titles?

But how did the world come to accept pasta as this ultimate dietary staple and favourite use of our most cherished crop, grain.

The first pasta from early grain

The history of pasta stretches far beyond Garibaldi and the unification of Italy, and beyond that even the Feudal Sicilian under King Roger, instead dating all the way back to the ancient Romans. Since the time of Cato, basic forms of pasta dough have been made up using the various forms of grain the place and time had to offer.

The south used semolina grain and durum wheat grain, and initially made a dish called lagana with it. This was a type of fried dough made using their ancient strands of wheat grain and the water that arrives from crushing lettuce. It was a favourite of Horace and Naucratis who wrote of it in the 1st and 2nd centuries AD respectively. It was known to be eaten in layers with meat stuffing… does this remind you of any well-known pasta dish of today going by a similar name? So next time you’re enjoying a hearty lasagna, think back to the Ancient Romans, and know you may have shared some simple culinary pleasures with them!

How grain became the pasta we know today

However the lagana was fried and so in many ways does not resemble the pasta we know at all today. Food historians have since found 7 different references that shows the all-important transitions that led to pasta existing in its beloved form we know today.

Initially a greek physician in the 2nd century was keen on itrion, a seemingly primitive dough made using grain flour and water. When discussing the origins of pasta, the middle-east is often mentioned, and it should be no surprise that our next mention of pasta heralds from the old sacred and fertile plains of Palestine, where (the similarly named) itrium, a kind of boiled dough, was known to be common throughout the 3rd to 5th centuries. Next in the 9th century, we start to hear about something that really sounds like what we know today. Clearly an evolution of the Ancient Greek’s itriom, and Palestine’s itrium, an Arabic physician describes the manipulation of grain known as itriyya; string-like shapes made from semolina grain and dried before cooking. An early precursor of spaghetti perhaps?

Sicilian grain and its importance in the development of pasta

When food historians want to get to the nitty gritty of the first form of Italian pasta, the consensus is that it all kicked off in Sicily. We know much about this region under the prosperous reign of King Roger II.

King Roger II grew rich from ruling over the fertile lands of Sicily that could grow abundant grain, and his promotion of multi-cultural Christian and Muslim society made it a truly cosmopolitan trading hub of its day. With his vast riches he employed the Arab polymath Muhammad al-Idrisi to map the world and provide him with a rich geographical text detailing what he found.

And is it possible to find pasta and not mention it? Of course not; al-Idrisi described in detail that itriyya not only had arrived in Sicily, but was now a principal producer of this beloved food. He documented a town called Trabia, rich in grain and water streams, that powered mills to make vast quantities of this pasta precursor. Since the food was dried, it could be easily exported, and this helps explain why this food made from grain started to become so popular (and of course because it is delicious!).

What did Marco Polo do for grain?

When people think of pasta, there is of course the romantic tale of Marco Polo travelling to China and bringing it back. You should know that this was a tale that was created in the Macaroni Journal, or even some believe to have been concocted during a Canadian advert for spaghetti made in the 1920s! However if you want to know the true path of grain to pasta, perhaps it is better to trust the food historians and the well-documented history detailed above!

How pasta became the most beloved form of grain

From the 11th century onwards pasta became a more and more popular grain product across Italy due to its easy ability to store and transport. In the 14th and 15th century, a form of spaghetti became the signature dish of Naples, where street boys known as Lazzoni, would be known to do anything for a couple of coins that they could spend on a quick plate.

This early spaghetti was eaten and enjoyed plain, which some believe is due to the quality of the grain at the time, and also the artisan methods used to produce it. It was cooked up and sold on the street, and was street-food of its time.

This dried pasta was beloved by sailors, explorers and colonisers too. It was known to be carried on the ships that explored the New World. These ships then brought back with them the seeds for tomatoes, and by the 18th century, pasta al pomodoro had been born, and the culinary world could never be the same again!

How pasta is made from grain today

While we are always nostalgic for the methods of the past, we must also accept that industrial processes have helped make the world a much better place. Today Italians eat 60 pounds of pasta per year, and this would not be possible without the many pasta factories that have popped up across the continent that make all pasta shapes from spaghetti to ravioli. The amount of grain required to make all this pasta also far exceeds the amount of grain produced in Italy, and so huge quantities of all types of grain are imported into the country every year.

Mussolini in the 1930s, to counter this dependence on foreign imports, ran a long campaign promoting risotto and rice. While this worked a little in the North, the southern Italians and descendents of King Roger’s lot, never could turn their back on grain and the delicious pasta they make with it.

Ultimately while it is a good thing though that industrial processes can turn grain into pasta for the whole world, if you are a real gourmet, you should look for the small-scale pasta producers who work with high quality Italian grain.

We stock a fantastic selection of pasta made from such producers that you can see here, and taste the final and perfected form that pasta has come to have over these 2000 years of its evolution!