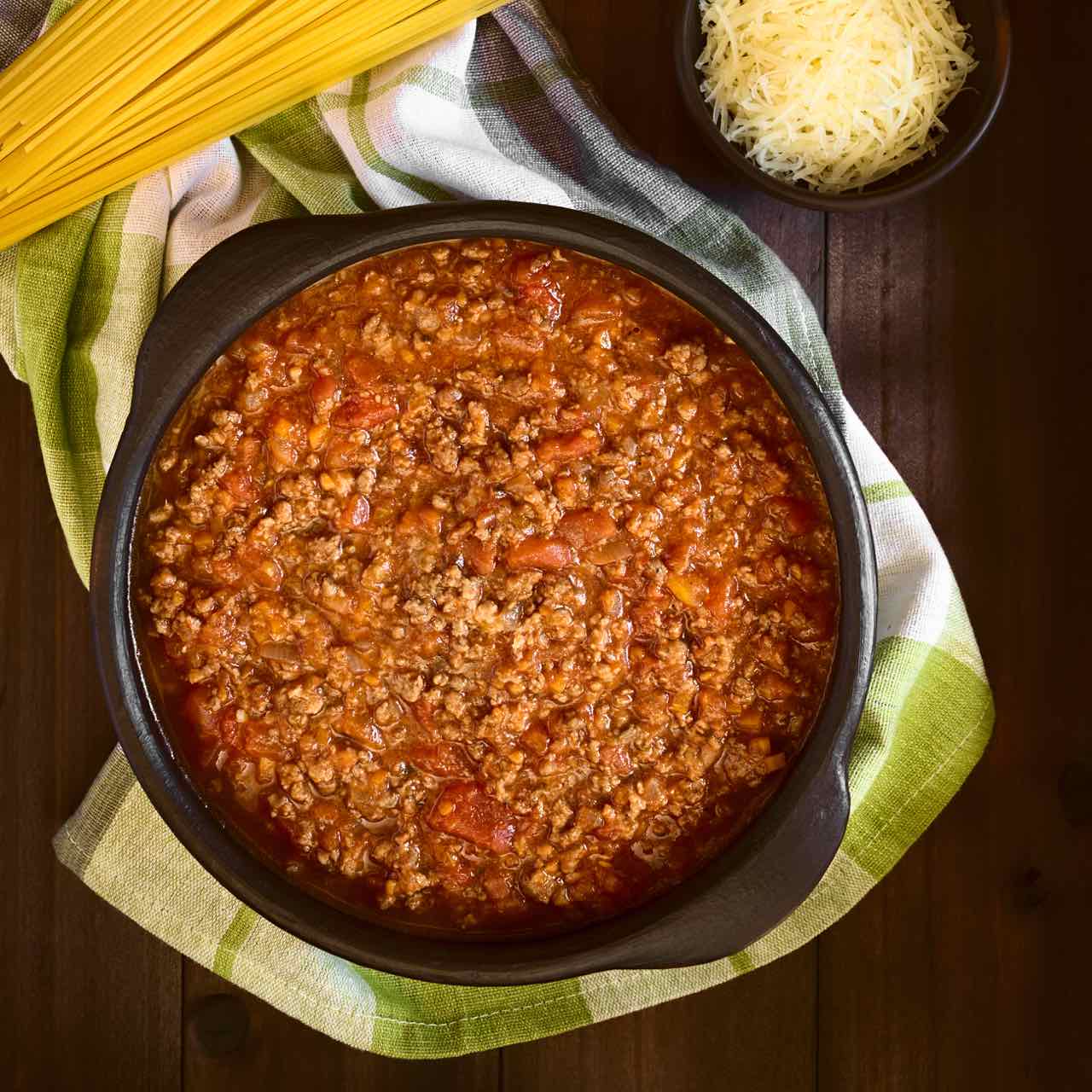 The origins of ragù sauce

Did you know that the word ‘ragù’ comes from the French? Perhaps that final accent aroused some suspicions! The word ‘ragoûter’ means ‘to arouse the appetite’ or ‘to give taste’, and in France ‘ragoût’ used to indicate some types of stew; this is where Italian cuisine is supposed to have got inspiration for one of its now most famous sauces. Some say that the first experiments involving ragù date back to the Eighteenth century, when the cardinal of Imola’s chef, Alberto Alvisi, served this particular type of sauce with maccheroni, but in addition to this there are many other legends about the birth of ragù: some say that its “inventor" was a chef from Bologna at the French court of Louis XIV, some say that it came from the kitchens of the courts of the aristocratic families of Bologna, around the XVI century, while others say that it even originates from the ancient Romans. In 1800 it began to be mentioned in some cookbooks from the Italian region of Emilia.

Different versions of ragù sauce: it's not just from Bologna!

From its origins, ragù spread all other Italy and an infinite number of variations have been created; the most famous are:

Obviously this is not just a sauce with meat: the ragù is flavoured with aromatic vegetables and wine or other ingredients and it can be said that in every tradition-loving Italian home a different variation of the traditional recipe exists. Even if many love ragù sauce as a dressing for pasta (a classic: fresh tagliatelle with ragù), it is often used together with lasagne, gnocchi and polenta.

The international success of the ragù sauce

The ragù alla bolognese can rightfully be considered as one of the most famous dressings in the world. Some Italian immigrants are responsible for taking overseas a first course dish, “spaghetti alla bolognese", which had some vague resemblance to ragù, even if the Bolognese tradition is rather far from it (in Italy, ragù is generally associated with fresh egg pasta). From that first experiment, through variations of the true ragù, its fame grew over the years and it also spread outside Italy. The co-founder of a British fast food chain, Henry Dimbleby, recently stated that pasta alla bolognese is the second most popular dish in British homes. Clearly, the downside is that in Italian restaurants abroad, recipes and variations unknown in Italy are proposed … so, in order not to miss the true pleasure of the Italian culinary tradition, it is always better to ask for information about how the sauce is made!