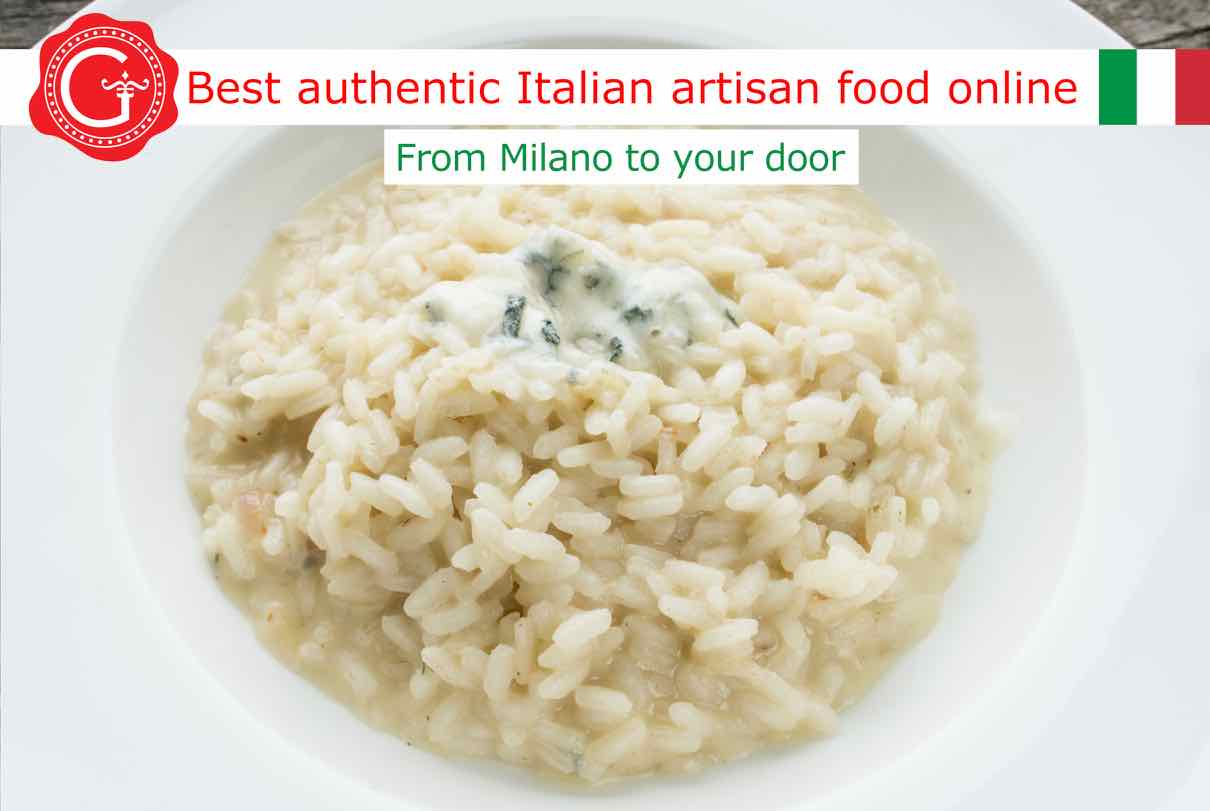 Carnaroli rice is an Italian rice variety particularly known as suitable for the preparation of risotto, a typical Italian dish. Many people consider Carnaroli risotto the best risotto.
Ettore De Vecchi, a rice farmer, aimed to obtain a rice variety that was not too high (lower than that of Vialone), resistant to lodging and with good cooking resistance. To obtain the new variety, the work of a geneticist who worked with prof. Emiliano Carnaroli at the University of Milan and the work of prof. Carnaroli himself were of primary importance. But when was Carnaroli rice born? And where? Can we say more about the invention? And what are its properties, cooking time, calories and some recipes?  Can we use Carnaroli rice only for the risotto recipe? And is it better than Arborio to cook risotto? Let’s see!

HISTORY OF CARNAROLI: BIRTH, NAME, CONSERVATION OF THE VARIETY

When was Carnaroli rice born? How did it happen that it was given the name Carnaroli? And who is responsible for its conservation?

The birth of Carnaroli rice

In 1945 Ettore De Vecchi, a rice grower, presented a new variety of rice: the Carnaroli.
Carnaroli rice was born in the rice fields around Paullo, near Milan.
Ettore De Vecchi worked for many years to obtain the new variety of rice, making crossings in his fields of the Casello farm in Paullo.
The new variety was the result of the work not only of Ettore De Vecchi, but also of a breeder geneticist and of prof. Emiliano Carnaroli, with whom the geneticist worked at the University of Milan.
Emiliano Carnaroli was a university professor of agricultural hydraulics; he collaborated in numerous reclamation projects in Italy and was president of the Ente Nazionale Risi (National Rice Authority). Perhaps he also personally helped financially the hybridizing geneticist, who was working on the experiments and whom he considered very promising. The new rice was born from the crossing of two varieties: the Vialone Nero – which had been discovered by grandfather Achille De Vecchi in 1903, when he resided in Vialone – and Lencino.

Regarding the attribution of the name ‘Carnaroli’ to the new variety of rice, we found a video, an interview with Mr. Achille De Vecchi. In the video, Mr. Achille De Vecchi says that the water manager, whose surname was Carnaroli, every year used to see the commitment of Ettore De Vecchi and the fact that he did not arrive at the desired result. For this reason, he said: ‘Dutur, se fèm?’, that translates to ‘Doctor, what do we do?’ (here the term ‘doctor’ is not intended as title for a person holding a doctor’s degree in medicine, but generically as a title for person who has graduated).
Ettore De Vecchi told him to be patient, and that if he could obtain the variety he had in mind he would give it his name.

In an interview that we report below, Mr. Zuliani, an agriculture specialist who met Emiliano Carnaroli and the geneticist who worked on obtaining the new variety of rice, indicates that it was researcher-hybridizer’s idea to ​give the name Carnaroli to the new variety of rice (see from minute 5:30 to minute 6:20 of the video). When work yielded fruit, out of gratitude for both intellectual and perhaps economic help received from prof. Carnaroli, he wanted to give the new variety his name.
It is possible that Ettore De Vecchi and the geneticist agreed in the desire to attribute the name Carnaroli to the newborn variety.

The patent and the conservation of the Carnaroli rice variety

CARNAROLI CULINARY USES: WHAT IS CARNAROLI RICE USED FOR?

Carnaroli rice is characterized by high percentage of amylose, low stickiness, excellent resistance to cooking and good absorption capacity.
Despite the fact that the Carnaroli is rather dated, these characteristics make it an excellent rice for risotto.
The uses of Carnaroli rice in the kitchen are however many: it is suitable for example with side dishes and rice salads. Also try to pair it simply with Parmigiano Reggiano and a little evoo.
The use of Carnaroli is not recommended in desserts, because of the lack of stickiness.

Carnaroli is often referred to as the best rice for risotto, and the preferred choice of some top risotto chefs.
Among the best rice varieties to make risotto we find Vialone Nano, which, despite the small size of the grain, has similar characteristics to Carnaroli in terms of consistency and stickiness, and Arborio.
Is Carnaroli the best risotto rice? We’ll try to understand something more about by comparing Carnaroli rice with Arborio rice. 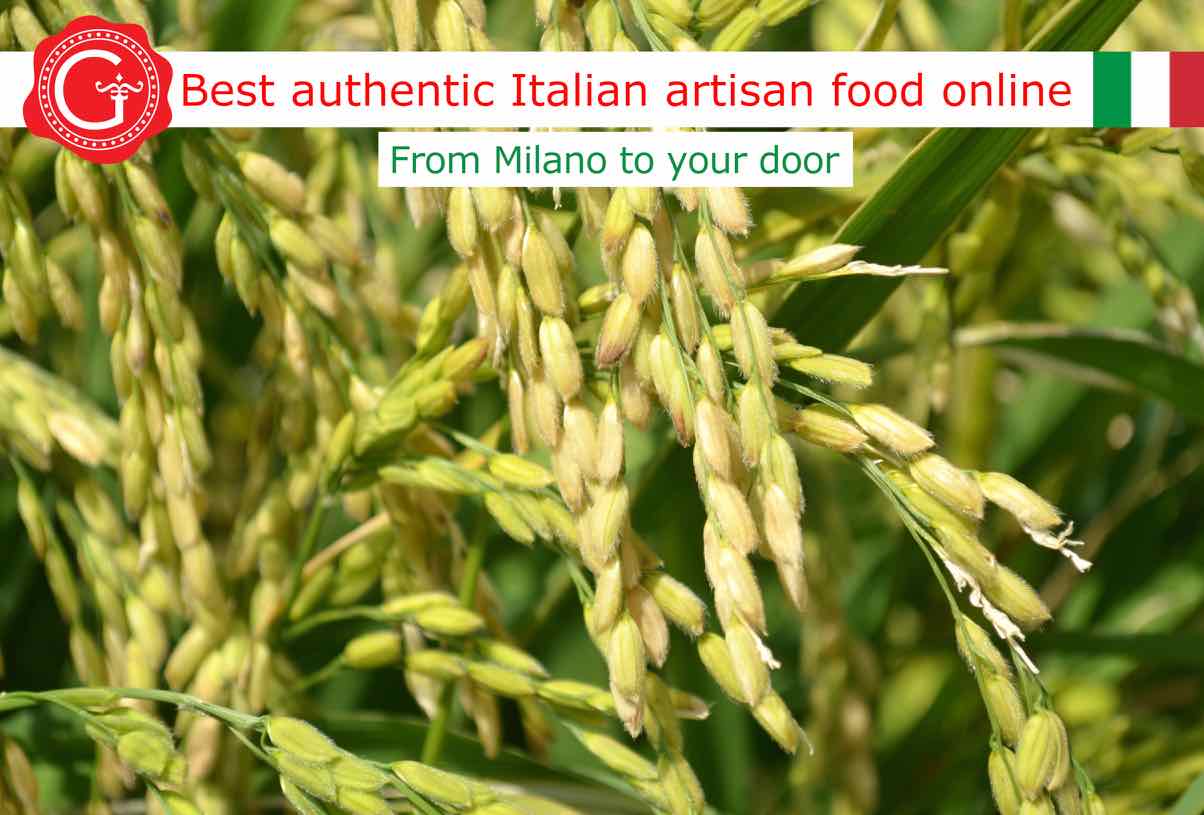 What is the difference between Arborio rice and Carnaroli rice?

Carnaroli is not the only rice that can be used to prepare a good risotto, but according to some it is the best.
Let’s see its characteristics with respect to the characteristics of Aroborio rice.

The Italian ‘Ente Nazionale Risi’ is an economic public body supervised by the Ministry of Agricultural, Food and Forestry Policies. It is responsible for the conservation of Carnaroli rice and Arborio rice, and it provides assessment forms of the morphophysiological characteristics.
Let’s see the characteristics and differences: Carnaroli vs Arborio

As we can see in the Carnaroli vs Arborio description, the hardness of Carnaroli rice is higher, as is the amylose content, while the stickiness is higher in Arborio rice.
Carnaroli rice is considered a better risotto rice than Arborio by those who consider it very important that in the risotto the grains are well separated from each other. 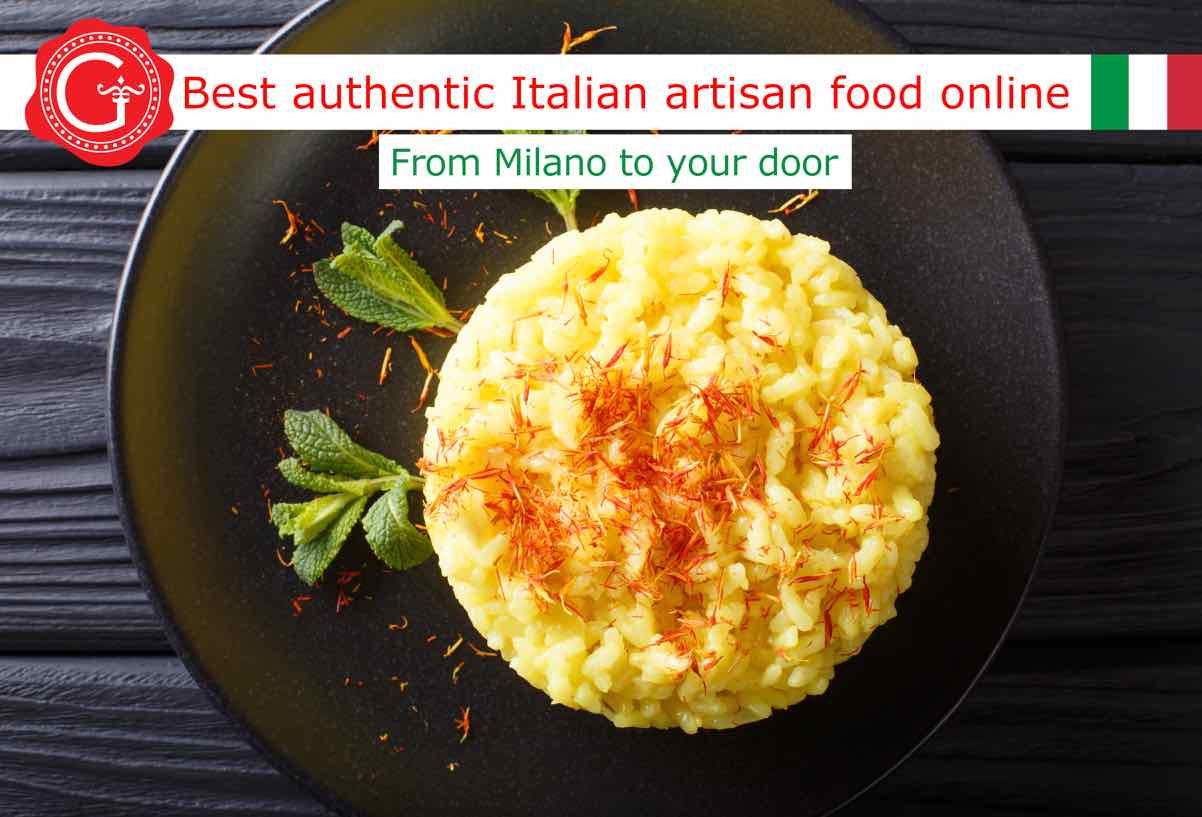 IF YOU ENJOYED THE ARTICLE ABOUT CARNAROLI RICE, SHARE IT AND SIGN UP TO THE GUSTOROTONDO NEWSLETTER!