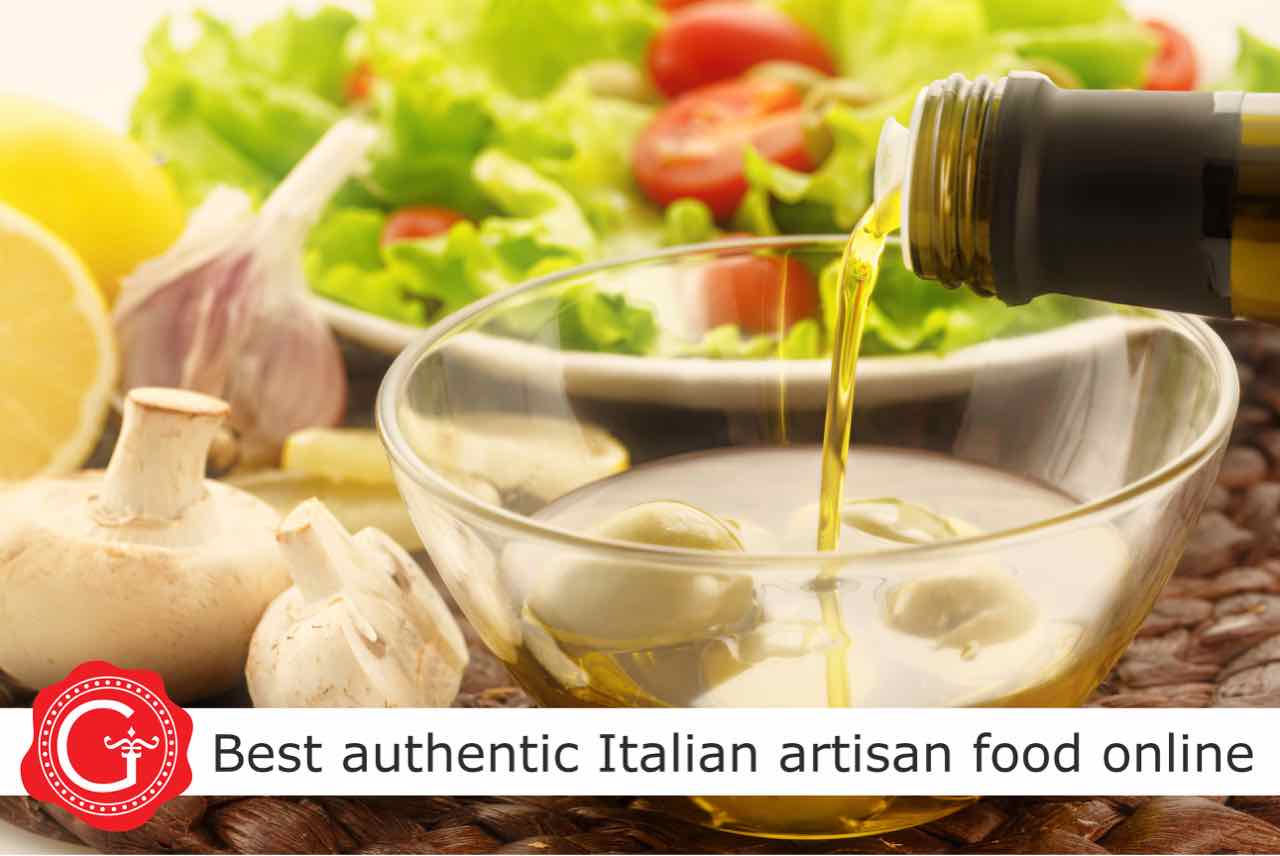 EVOO is the acronym of Extra Virgin Olive Oil.

In an article, the Washington Post traces the origin of the acronym EVOO to Rachael Ray, an American television presenter. This origin, however, seems to be contradicted by the fact that already, at least in the academic field, the acronym EVOO was present – see for example this article of 2004 -.

According to some, it was Massimo Epifani, an agronomist in Italy, who coined the acronym EVO.

The European Community Regulation N. 1513 of 2001 distinguishes between different types of olive oil:

Virgin olive oils are oils that are obtained from the fruit of the olive tree only through mechanical processes or other physical processes, in conditions that do not cause alteration of the oil, and that have not undergone any treatment other than washing, decanting, centrifugation and filtration.
So, evoo is a special kind of virgin olive oil.
Now, let’s see better the difference between generic virgin olive oil and extra virgin olive oil.

What is the difference between olive oil and extra virgin olive oil?

In order to be defined as extra virgin, virgin olive oil must also satisfy other chemical parameters and must pass an exam conducted by a panel of tasters.

Gustorotondo is a web store specialized in selling online the best authentic artisan Italian food and a virtual platform to share the culinary culture of Italy.
Our Italian food shop was born as a boutique of Italian food and wine specialties in the center of Milan.

The chemical composition of 100 grams of extra virgin olive oil is indicatively – the oils are not perfectly identical to each other – the following (source: CREA – Consiglio per la ricerca in agricoltura e l’analisi dell’economia agraria:

* The carotenes are about eighty and have orange-red color. The b-carotene molecule, which is present in evoo, is twice the vitamin A molecule. The enzyme Carotenase present in the liver causes the cleavage of the b-carotene and the production of two molecules of vitamin A. For this reason, the b -carotene is called Provitamin A 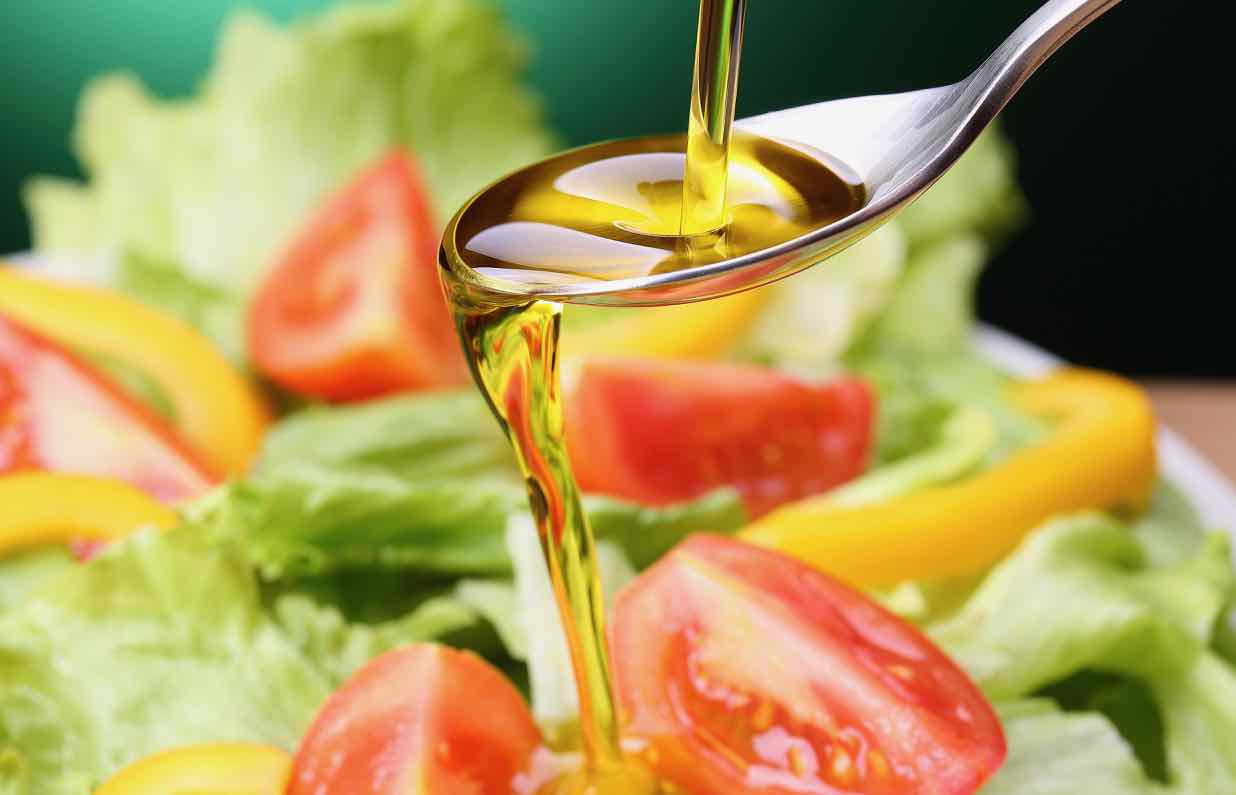 The nutritional value of extra virgin olive oil has been the subject of several studies.

Fats are an important part of the diet: they are used, for example, for the production of hormones and for the creation and maintenance of cell membranes, and they are the main constituents of our brain; their complete elimination does not contribute to an optimal state of health.

The fats contained in extra virgin olive oil are among the best fats for the body.

Thanks to their presence, extra virgin olive oil protects against cardiovascular diseases by acting both as an antioxidant and as a modulator of cholesterol blood levels.

The uncontrolled production of oxygen free radicals can cause serious damage to the human organism. Man defends himself partly with antioxidants of a congenital nature and partly with the antioxidants taken with food.

Phenolic compounds have been attributed significant effects in primary and secondary prevention of some important diseases related to the excessive presence of free radicals and non-radical pro-oxidants and to their degenerative effects.

Evoo nutritional value: Squalene and other components that are beneficial to health

Another component of olive oil that carries out health-related activities is Squalene.

Squalene plays an important physiological role in the exchange (and therefore in growth), and protects towards particular cancerous forms.

The oil also contains carotenes, which are orange-red in color and among which the most relevant is β-carotene, which acts as a good antioxidant when the oil is exposed to light and is the precursor of vitamin A (because of this it is called Provitamin A).

According to some people, the organoleptic characteristics of the oil positively influence digestion, since the pleasure deriving from the smell and taste of a food influences the composition of the gastric juice, generating a higher concentration of Pepsin, useful for the digestive activity.

Although as we have seen the benefits of the oil for health are numerous, we must keep in mind that ten grams of extra virgin olive oil – the normal seasoning of a plate of salad – alone contribute three times the calories supplied by the salad itself.

Extra virgin olive oil is the most widely used condiment in all the Mediterranean area, and as we saw and we’ll see it has interesting characteristics that directly or indirectly help human health.

What is olive oil good for? What are the properties of evoo that make it so special? And which health benefits of extra virgin olive oil are shown in the scientific literature? 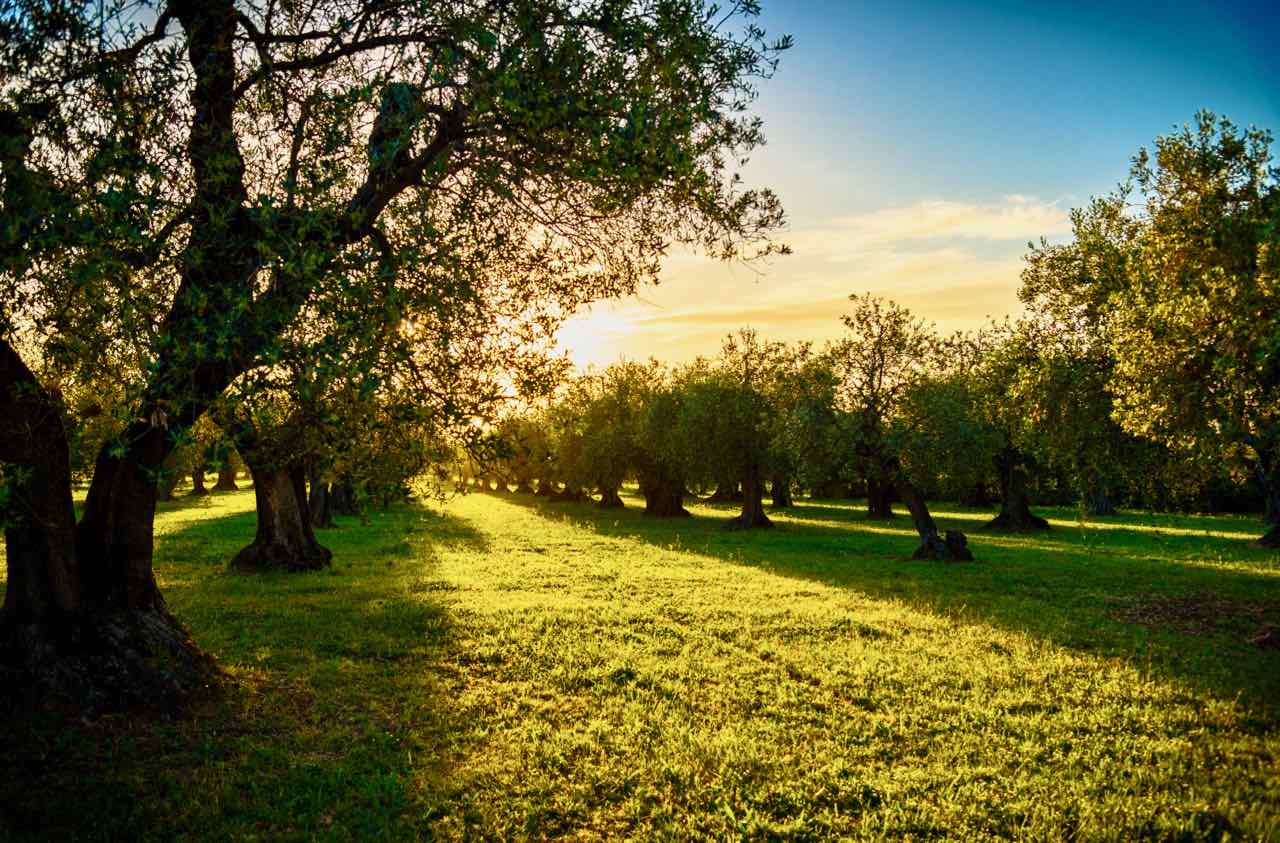 The excessive production of reactive oxygen species (ROS) and their insufficient neutralization by the defense systems involve the development of chain reactions that damage various types of biomolecules, and in particular lipids, proteins and nucleic acids, which are fundamental for the cellular functioning and survival.

Some of the health benefits of extra virgin olive oil are related to its antitumor action.

The antitumor action of evoo oil is attributed to the high content of phenols with high antioxidant power (Vissers et al., 2004).

The anti-inflammatory action is part of the health benefits of extra virgin olive oil.

The production of oxygen free radicals (ROS) is also correlated with inflammatory processes.

The p-HPEA-EDA, also called Oleocanthal, contained in the evo oil, has been shown to have a pharmacological effect similar to that of ibuprofen, which belongs to the class of non-steroidal anti-inflammatories (Beauchamp et al., 2005).

As part of the health benefits of extra virgin olive oil, some studies show that the intake of oil can improve the regulation of blood pressure and the content of cholesterol in the blood; these effects of evoo, together with the inhibition of platelet aggregation and the reduction of LDL oxidation, are relevant to prevent the onset of atherosclerotic plaques and, in general, of cardiovascular pathologies (Bakhturidze et al., 2005; Turner et al., 2005).

Health benefits of extra virgin olive oil also concern skin care.
In ancient Greece, olive oil was used to keep the skin clean and elastic, and in ancient Rome it was present in the thermal baths and in the gyms.

Currently, olive oil is certainly the most appreciated, alongside with jojoba and avocado oils.

Topical application of olive oil can generate soothing effects and beneficial effects on eczema, superficial wounds and burns (Al-Waili et al., 1999; Poggi P., 2000).
The unsaponifiable fraction is rich in active ingredients with sebum-regulatory and moisturizing properties, as well as emollients.
The skin senescence is strongly accelerated by the influence of external factors. Skin aging is strictly correlated with oxidative stress, since the skin is rich in elements susceptible to the action of free radicals.
The polyphenols contained in evoo have an antioxidative action, reducing the damage due to oxidation caused for example by smog or the sun.
Vitamin E also has an antioxidant effect, and helps prevent skin irritation and aging.
Vitamin A contained in the extra virgin olive oil has regenerating properties and, in addition to protecting the skin against aging, helps to maintain its softness, smoothness, stability and elasticity.
Moreover, the unsaponifiable fraction of evoo exerts a good photoprotective effect against the skin exposed to UV rays.

To avoid possible irritations, it is recommended to mix the oil with zinc ointment. 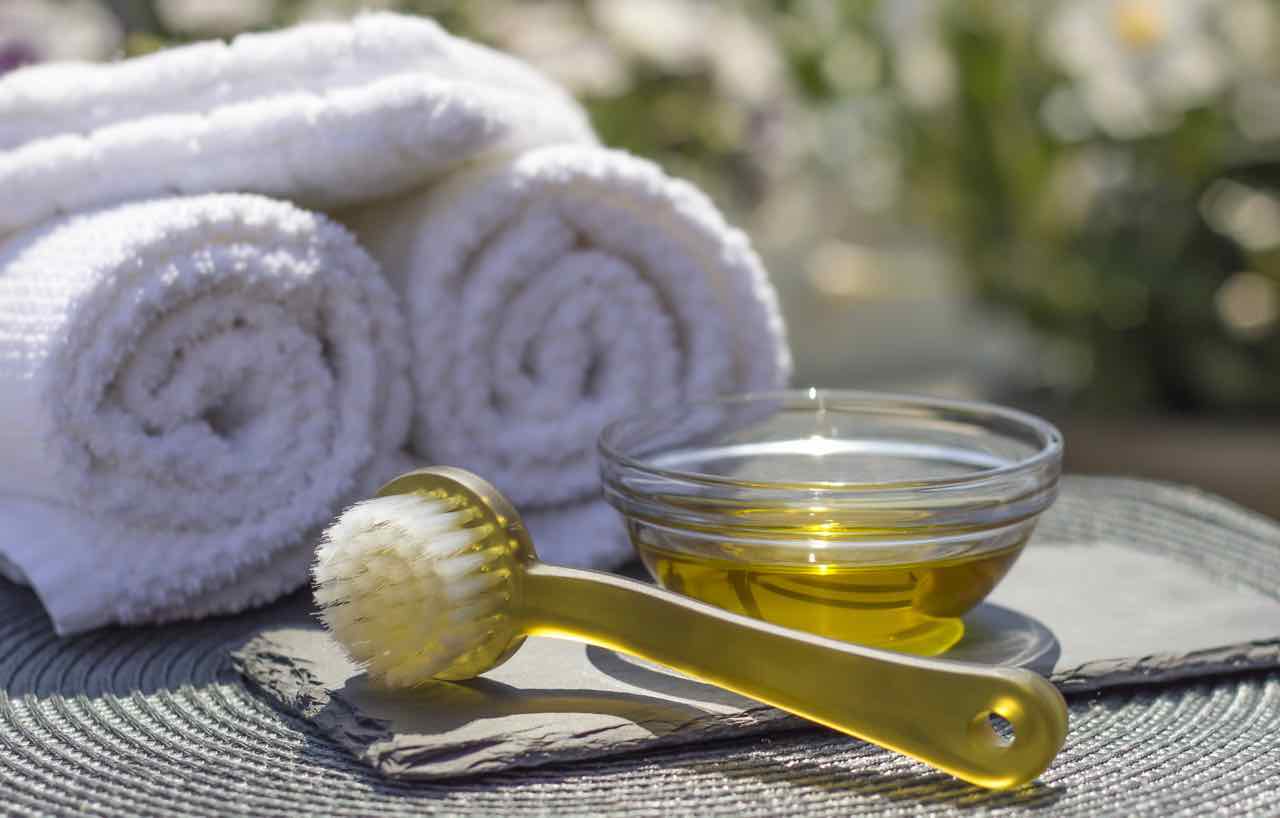 If you are looking for the best Italian extra virgin olive oils, for high-quality evoo, here you can find some useful information.

Moreover, to evaluate the quality of the extra virgin olive oil, it is desirable to know the values relating to acidity, peroxides, polyphenols, wax content, and ultraviolet absorption.

The level of acidity expresses the degradation of oleic acid. The lower it is, the higher the quality of the olive oil is.

There are also other values that it would be good to know:

To evaluate the quality of the extra virgin olive oil, the best thing is to start by putting it in a tulip-shaped glass and bring it to body temperature.
At this point, you will experience the aromas and, tasting a little, the flavours.

The extra virgin olive oil has a rich flavour, ranging from light fruity, as in the case of Ligurian or Garda oils, to the intense flavor of Southern oils. If the oil is excellent, after tasting the mouth remains clean.

The choice of the extra virgin olive oil also depends on the use that you intend to make of it: for a bruschetta, for example, normally you will choose a more intense oil than you would choose to season a fish dish.

While for cooking also oils without particular organoleptic qualities are good, in the raw seasonings the aromas and flavors of extra virgin olive oil can significantly improve the dishes.

Among the olive oil contests for the best extra-virgin olive oil dedicated only to Italian evo oils we find, for example, the L’Oro d’Italia award.

There are also competitions open to extra virgin olive oils from all over the world, such as Flos Olei.

The best way to store extra virgin olive oil, keeping the evoo we have at home as intact as possible, is to keep it away from sources of heat such as oven or stove and from damp places. Closing well the bottle prevents it from oxidizing in contact with air and, and dark glass protects it from light.

To better understand if evoo is a good oil for cooking, we first have to understand a little about the oil composition.

Frying puts a strain on the stability of the oil: the exposure of oil to oxygen and the presence of food can lead to rapid oxidation and the formation of substances harmful to health.

So, can you cook with extra virgin olive oil? Let’s see.

The smoke point depends on the type of fatty acids and, above all, on the quantity of free fatty acids, the acidity of the oil.

Extra virgin olive oil is obtained by mechanical extraction and does not undergo any refining. For this, it contains a small percentage of free fatty acids and other impurities that can negatively affect the smoke point.