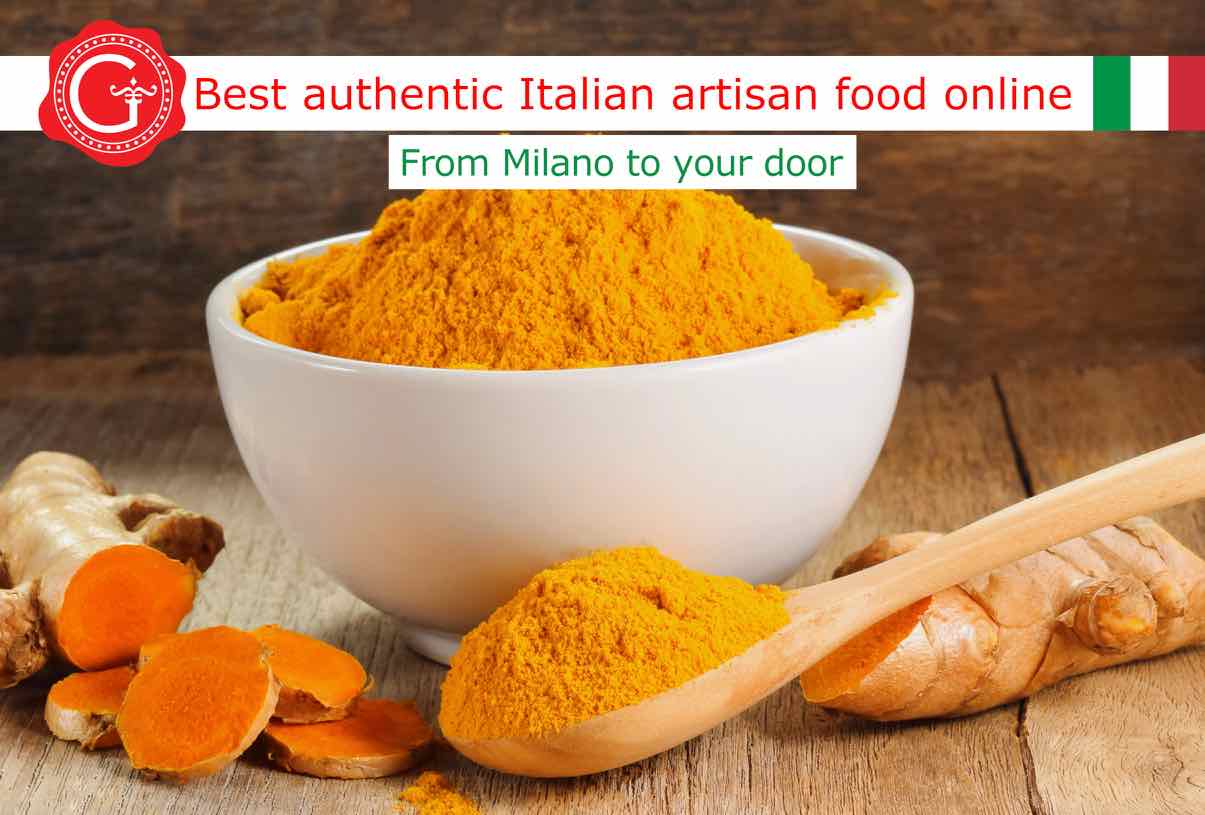 Health benefits of turmeric and curcumin are a topic of interest to many people, and benefits of turmeric or turmeric extracts for health are the subject of much research.
The powdered rhizome of turmeric is extensively used in India and other South Asian cuisines. Traditionally, Indian medicine considers that turmeric rhizome has healing, especially anti-inflammatory properties. Turmeric is used not only as an ingredient in some dishes due to its color and flavor, but also as a medicine. Ayurvedic therapy uses turmeric for example to treat stomach disorders, as a tonic, for cleaning the blood, as well as for the prevention or treatment of skin diseases.
According to the Plant list database the genus curcuma (Curcuma longa L., belonging to the Zingiberaceae family), includes, in 2019, 93 different recognized species.
Turmeric or at least some varieties are considered in some studies an interesting food due to the presence of polyphenols (curcuminoids), which have antioxidant and anti-inflammatory properties, and essential oils (see this study).
Numerous studies have been conducted on turmeric extracts, normally composed of curcumin and curcuminoids.

SHOP ONLINE THE BEST ARTISAN ITALIAN INGREDIENTS FOR YOUR DISHES

The rhizome of the turmeric contains an orange pulp. The pulp contains several components, called curcuminoids, among which flavonoid curcumin (diferuloylmethane), and various volatile oils. The curcumin content varies between 0.3% and 5.4%, depending on the variety of turmeric that is considered. Among the other constituents there are sugars, proteins and resins. 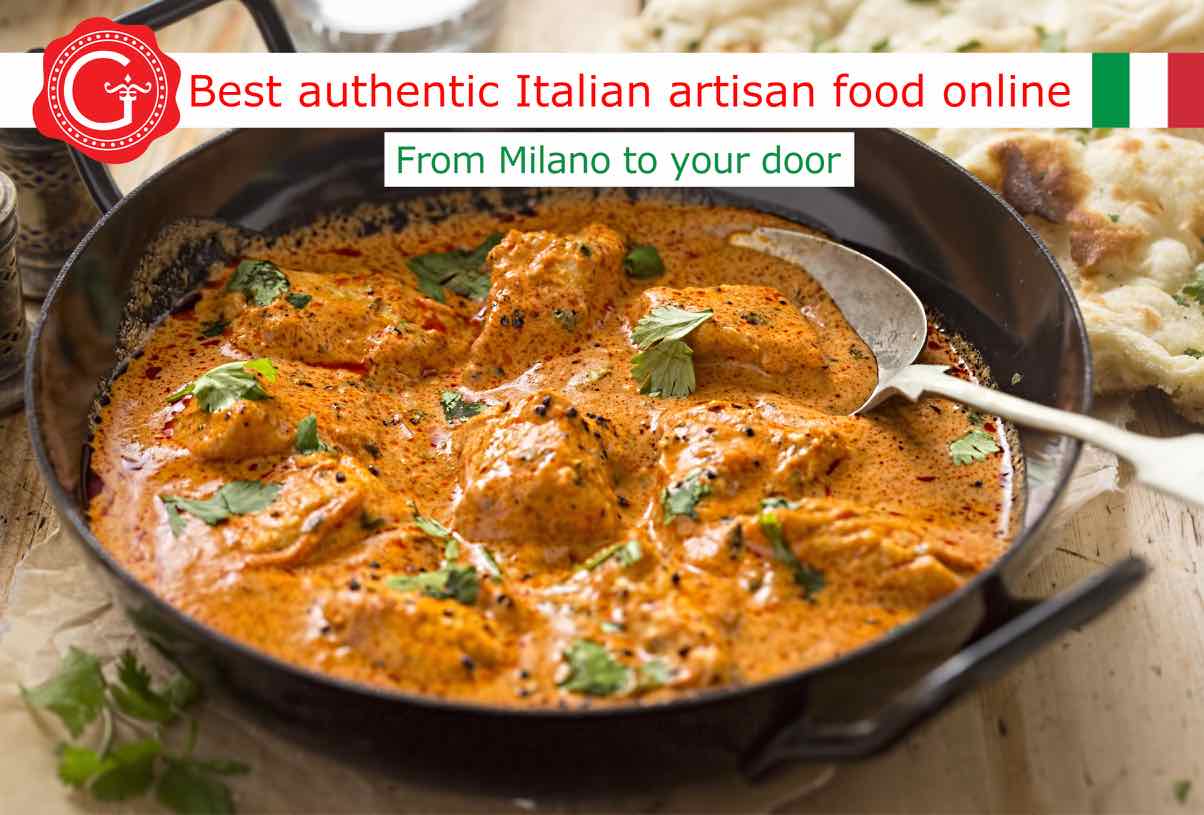 SOME STUDIES ABOUT HEALTH BENEFITS OF TURMERIC CURCUMIN EXTRACTS

Curcumin and curcuminoids have been the subject of numerous researches. Let’s see some results.

A 2009 study indicates that the inflammation process is relevant in many chronic diseases, including neurodegenerative, cardiovascular, pulmonary, metabolic, autoimmune and neoplastic diseases. The same study then indicates that the anti-inflammatory activity of curcumin has a potential role in the prevention and treatment of various chronic proinflammatory diseases. The study states that, also in consideration of pharmacological safety and negligible cost, curcumin is an interesting substance for further studies.

Another study about the health benefits of turmeric curcumin, published in 2009, indicates that curcumin could be interesting as a therapeutic agent in diseases such as, pancreatitis, arthritis and chronic anterior uveitis, as well as some types of cancer. However, the study indicates that the bioavailability of curcumin is low, and that the researchers studied the benefits of combining curcumin with other substances.

A large study, the results of which were published in 2018, states however that curcumin, administered to electively operated patients of an aortic aneurysm abdominal, did not bring any benefit (eg in anti-inflammatory terms). The article concludes by stating that the results underline the importance of testing turmeric and curcumin before asserting their health benefits as is currently done in the popular media.

According to some studies, among the health benefits of turmeric there may be benefits in relation to cognitive functions.
A 2012 study concludes that the results suggest that prolonged treatment with curcumin in aged rats may enhance neurogenesis and cognition. This, according to the study, could be due to different effects on genes related to growth and plasticity.

Another study, published in 2013, conducted on elderly female rats states that it can be concluded that curcumin has improved their cognitive functions.

A study published in 2012 aimed to assess whether the administration of curcuminoids after coronary artery bypass grafting helps preventing myocardial infarction more than placebo.
Some patients were given 4 grams of curcuminoids per day (1 g 4 times a day) and the incidence of myocardial infarction in the hospital was significantly reduced.
The study concludes that, due to the relatively small population studied, the results must be confirmed in larger studies. Furthermore, it states that the effect of curcuminoids on long-term outcome after coronary artery bypass grafting is unknown.

Curcumin is the subject of investigations to verify any anticancer properties.
An article published in 2019 in the International Journal of Molecular Sciences states that most of the studies that analyze curcumin in relation to cancer has shown that it has potentially beneficial effects regarding the side effects of classic anti-cancer drugs and eventually also additive or even synergistic effects with respect to the efficacy of classic anti-cancer drugs. However, the study states that the data from recent clinical studies are not sufficient to implement curcumin as a standard anti-cancer treatment. The article states that large randomized trials are urgently needed to study the real effect of curcumin in hemato-oncology. Furthermore, it states that the efficacy of curcumin as a complementary and / or alternative medical approach is promising. Finally, the article states that curcumin does not cause significant side effects and is cheap and easily available, although its poor bioavailability and fast metabolism remain major obstacles.

A 2016 meta-study states that, according to the studies analyzed, 8-12 weeks of standardized turmeric extracts (usually 1000 mg / day of curcumin) treatment can reduce the symptoms of arthritis (mainly symptoms related to pain and inflammation) and result in improvements of symptoms similar to those produced by ibuprofen and diclofenac sodium. However, the meta-study also states that the sample sizes (45-124) used by the observed studies were not sufficient to be conclusive, and that some studies were of modest quality. Therefore, the meta-study states that further high-quality clinical studies with multiple subjects are needed to confirm the therapeutic efficacy of turmeric and curcumin for arthritis.

A 2016 mini meta-analysis of clinical trials study concluded that there is supporting evidence that curcumin administration reduces depressive symptoms in patients with major depression.

Health benefits of turmeric curcumin has been questioned by some scholars, while others claim that curcumin is still promising. Let’s see! 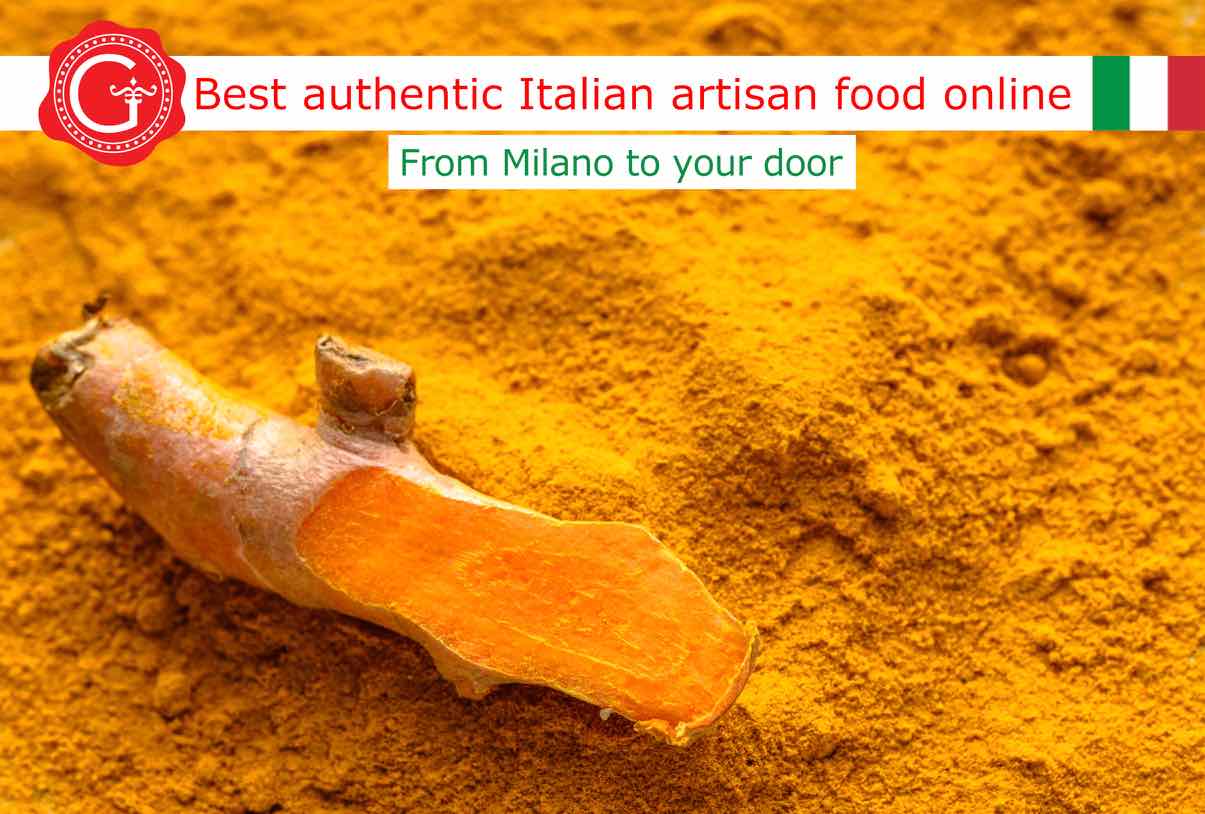 A study published in 2017 in the Journal of Medicinal Chemistry

A study published in 2017 in the Journal of Medicinal Chemistry strongly questions the therapeutic utility of curcumin and curcuminoid extracts. It states that no form of curcumin appears to possess the properties required for a good drug candidate (chemical stability, high water solubility, powerful and selective target activity, high bioavailability, large tissue distribution, stable metabolism and low toxicity). Furthermore, the study states that the in vitro interference properties of curcumin offer many traps that can deceive unprepared researchers into misinterpreting the results of their investigations. The authors of the study believe that, with regard to curcumin or curcuminoids, in vivo studies and clinical trials, there is rather “much ado about nothing”.
The authors do not rule out the possibility that a raw turmeric extract may have beneficial effects on human health. The article claims that, considering the overwhelming evidence showing the weakness of isolated curcumin (almost always a mixture of curcuminoids) as a viable therapeutic, holistic approaches appear to be better directions for future research.

A 2018 meta-study, published in Nutrients, claims that curcumin can still be a good natural ingredient for the development of relevant functional foods as promising alternatives for the prevention of some chronic diseases.
The authors observe that the poor aqueous solubility in water and the low bioavailability of curcumin are considered the main obstacles to its clinical development. Then, they say that to improve the stability and bioavailability of curcumin, many studies focus on modifications of curcumin and its delivery systems. A promising way is to use nanotechnology to encapsulate curcumin in order to improve its stability, bioavailability and bioactivity, and therefore health benefits.

A systematic review of randomized controlled trials concerning effects of curcumin on cognitive function, published in 2019, states that questions remain surrounding curcumin’s bioavailability and the mechanism by which it may exert neuroprotective effects. Novel formulations of curcumin are promising strategies to promote cognitive function. However, despite trials of up to 18 months, there is insufficient evidence to support curcumin supplementation as effective means of both preventing and treating dementia and symptoms of cognitive decline. The current evidence in humans is promising, but the generalizability of the results is limited by the small number of trials, the relatively small sample sizes and the considerable variation across studies.

A study published in Biomolecules in 2019 states that the use of nanoparticles has made it possible to demonstrate beneﬁts at the brain level, which can even revolutionize medicine. However, as with any chemical substance, it is convenient to emphasize toxicity issues in order to ensure the safety of all clinical studies.

UPTAKE AND BIOAVALIABILITY OF CURCUMIN

A study published in 2006 found that pure turmeric powder had the highest curcumin concentration, averaging 3.14% by weight.

Another research shows that about 40-85% of an oral dose of curcumin passes through the gastrointestinal tract unchanged, with most of the absorbed flavonoid being metabolized in the intestinal mucosa and liver. Due to its low rate of absorption, curcumin is often formulated with bromelain for increased absorption and enhanced anti-inflammatory effect.

A 1998 study states in the dosages used, piperine enhances the serum concentration, extent of absorption and bioavailability of curcumin in both rats and humans with no adverse effects.

A study published in 2017 in the Journal of Restorative Medicine states that several clinical trials have found that administration of various doses of curcumin resulted in limited bioavailability in blood due to its poor absorption, which has curtailed its progress from laboratory to the clinic. However, the efficacy of curcumin may not be entirely due to the parent molecule, but in part may be due to its metabolites, which are often not measured in curcumin bioavailability studies.
The article says that in view of the overwhelming body of compelling data for curcumin in thousands of studies, it is very possible that curcumin bioavailability may actually not even be a serious issue, if only a very small amount of this compound, its metabolites and/or conjugates are sufficient to exert their beneficial effect.

Until here we have mainly considered the health benefits of turmeric curcumin. Are there any contraindications?

A 2003 study claims that curcumin has been demonstrated to be safe in six human trials and has demonstrated anti-inflammatory activity.

A study published in 2018 indicates that there was a higher risk of acute kidney injury with curcumin than with placebo (17% v. 10%).

A research published in 2017 claims that it is possible that long-term curcumin supplementation and a Western-type diet may aggravate iron deficiency.

A 2017 study shows that in some studies curcumin showed cytotoxicity against normal human lymphocytes.

If you liked the article on the health benefits of turmeric and curcumin, please share it through social media or email. Thank you! You may also be interested in: