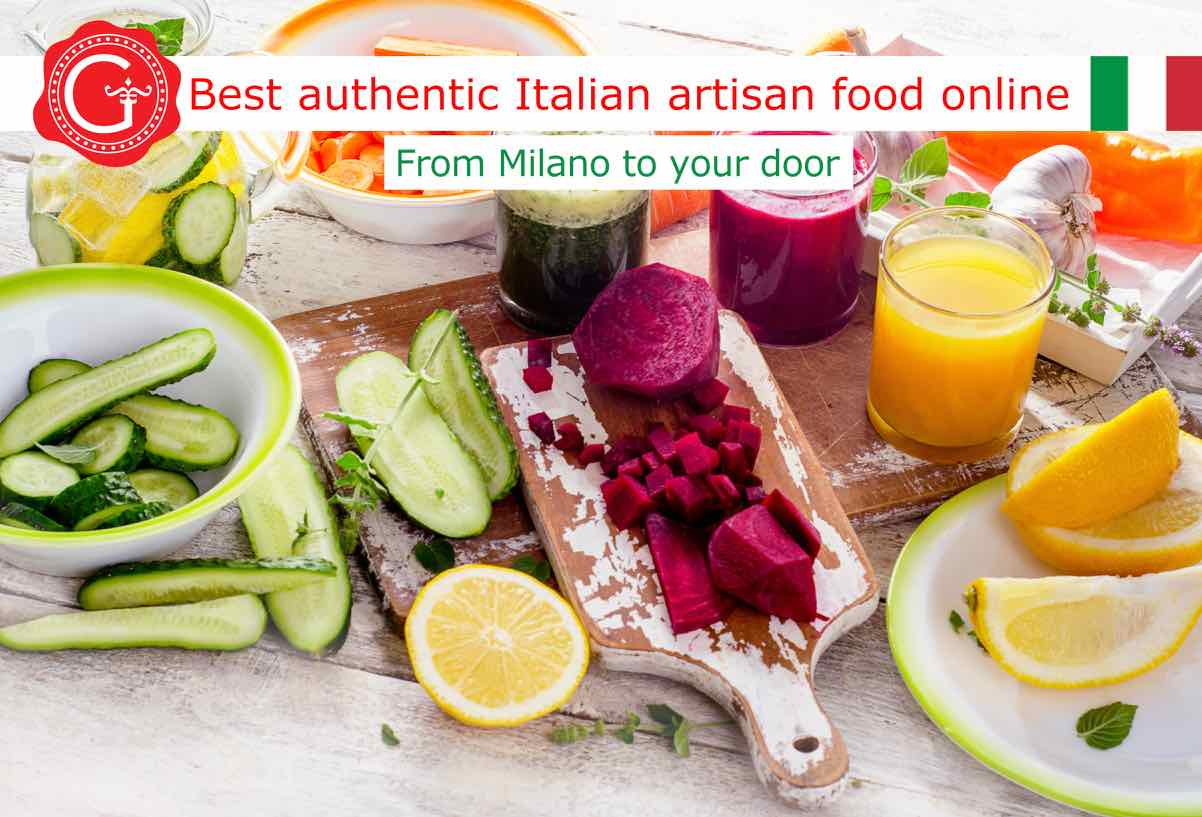 Does detox diet work? Detox diet (or perhaps it would be better to say detox diets, given the variety of proposals) periodically attracts our attention. The term detox indicates, as a name or verb, the elimination of something toxic. The detox diet is a detoxifying diet, a diet that somehow aims to get rid of toxic substances in the body.
Detox diet is often found associated with a return to normal weight, improved digestion, increased brightness of the hair or skin, elimination of cellulite, increased energy. Usually there are indications for short-term detoxification diets (for example 30 days, 10 days, even 3 days). Moreover, we often talk about such diets near the summer holidays (bikini test!) or after periods in which many persons have eaten in an unregulated way and wish to remedy it. Let's try to see the matter a little better.

DIET: A FEW DAYS PRACTICE OR A REGULAR LIFESTYLE?

In the medicine of Hippocrates or his school we find the word δίαιτα (diaita), from which our term diet derives. In some cases the word diaita referred not only to eating but also to physical activity and other activities related to health. A good diet was a way of life useful for maintaining or re-establishing good health. It was therefore not necessarily a brief intervention, being able to refer to normal, everyday living. This is the main way the diet should be understood today.
The detox diet is seen as a diet that lasts a short time. For example, a 30-day detox diet, a 7-day detox diet and a 3-day detox diet can be found. This way of understanding the diet, like a brief intervention, has perhaps some reason if the specific diet is included in a wider and regular diet. Relying only on the short-term diet makes no sense. It's a bit like cleaning the house only with spring cleaning, without keeping it to some extent clean during the rest of the year.

SHOP OUR SELECTION OF THE BEST ARTISAN ITALIAN FOODS

When diet is used to lose weight quickly the results are normally, in the 'medium term', negative. In fact, the so-called yo-yo effect occurs: the weight is usually regained quickly.
With the detox diet the decrease in weight is due more to the loss of water and glycogen (a rapidly usable energy reserve) than to the loss of fat.
If you want to lose weight, the best thing – perhaps the only sensible thing to do – is to adopt a lifestyle that regularly avoids overeating. Reduce your food portions, giving your body the different nutrients it needs, and make regular exercise. 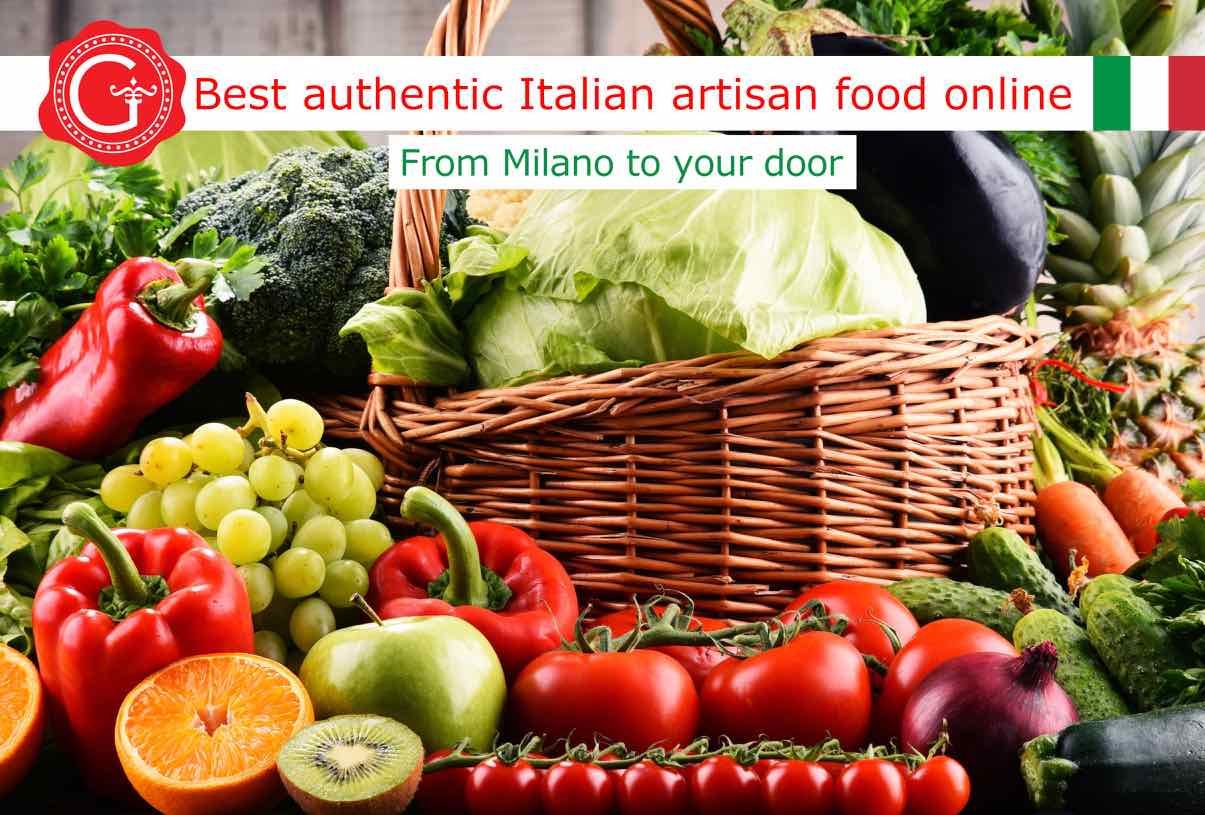 DETOX DIET WHAT TO EAT

Some detox diets, then, involve the consumption of some specific foods or supplements.
Given that we often take too much sugar and fat and maybe too little fiber, detox diet can look like a panacea. However, two considerations have to be be made.

The first is that it makes no sense to exceed the consumption of sugars and fats regularly, eliminate them for just one week and then return to excessive consumption.

Later in the article we will also deal with the topic related to some specific foods recommended by detox diets. 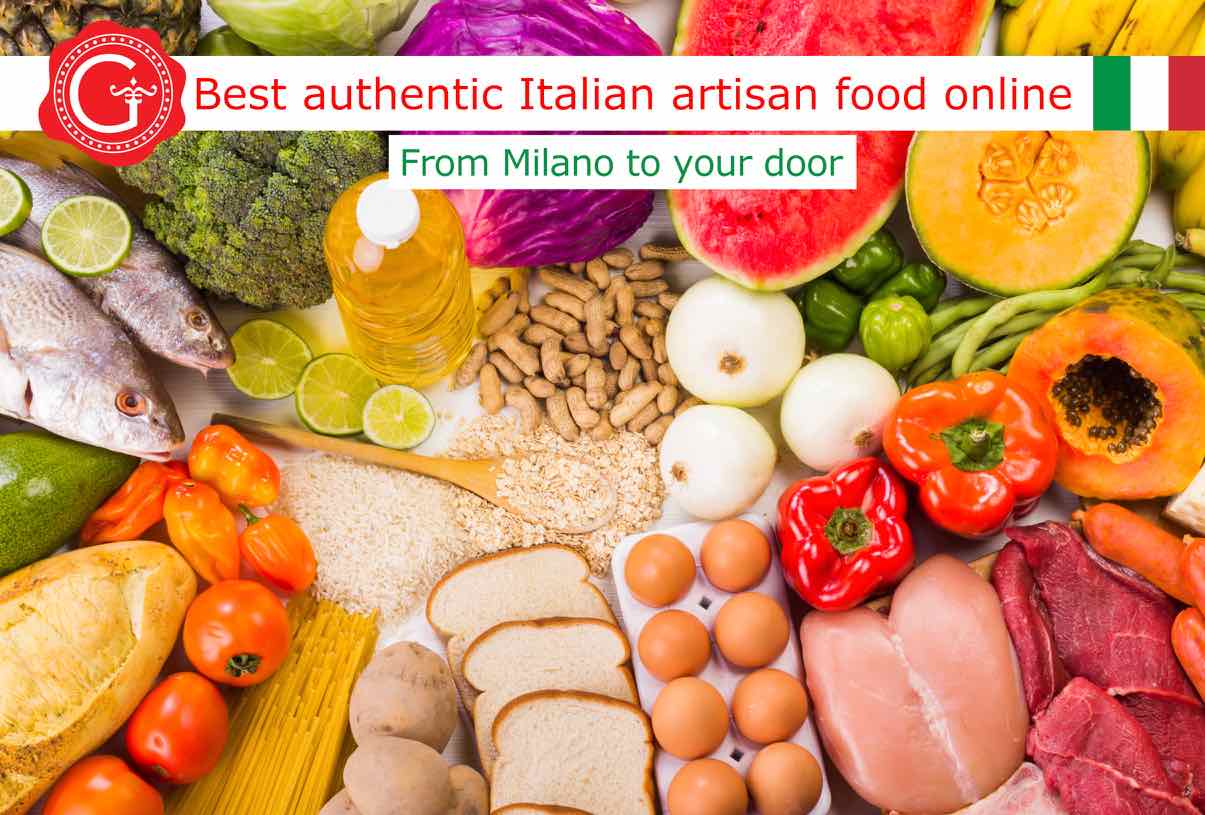 WHAT WE MUST AVOID ACCORDING TO THE DETOX DIET

Detox diet sometimes suggests to avoid dairy products, eggs, wheat and other cereals containing gluten, sugar, products of animal origin, soft drinks, coffee, alcohol.
That these foods are consumed by some people in excessive quantities is true. Perhaps some should be consumed only occasionally or even, as far as possible, always avoided (think of trans fats contained in some packaged foods). However, at least some of these foods are also sources of important nutrients, such as proteins and fatty acids. Therefore, if you decide to avoid them for a certain period, it is advisable to have alternative sources of these nutrients. That is to say, we have to be careful that, in the desire to purify the body, we do not take away what it needs to stay healthy.

THE DETOX ABILITY OF THE BODY

The human body is equipped with systems that we can call detox, such as the liver, kidneys and gut. It is normal for the body to eliminate parts of potentially harmful cells (a mechanism called cellular autophagy or substances such as ethyl alcohol. In the case of alcoholic drinks, for example, the liver acts by transforming and eliminating most of the alcohol contained in it (about 98%). The remaining portion of alcohol is eliminated in other ways such as breathing. Of course, the liver has limits, and it is good to avoid saturating its capacity to avoid the risk of incurring alcoholic liver disease. In this sense, instead of eliminating alcohol for a short time, and then going back to making extensive use of it, it is advisable to avoid, regularly, to exceed in consumption. The vision according to which the liver would be a kind of sponge that can be occasionally rinsed it is at least simplistic.
On the other hand, persistent organic pollutants (POPs) heavy metals and other substances may not be removed by these ‘detox’ systems of the body.

DOES DETOX DIET HELPS TO ELIMINATE TOXINS FROM YOUR BODY?

Do detox diets and detox programs help in some way to eliminate toxins?
As we have seen, the body has systems that eliminate toxic substances. These systems, however, have limits. Moreover, persistent organic pollutants (POPs) heavy metals and other substances may not be removed by them.
The consumption of fruit and vegetables is to be encouraged, if it is true that people often tend to eat too little of them. In fact, green leafy vegetables and dried fruits (but also whole grains and linseeds) contain insoluble dietary fiber, which speeds up intestinal transit. This speeding up is positive because it reduces the time spent in the intestine by toxic substances. However, consuming fruit and vegetables does not imply following a detox diet.

A study published in 2012 in the Journal of Environmental and Public Health says: «While some interventions such as exercise, induced sweating, selected medications (including in those children with autism who have elevated levels of heavy metals), plasmapheresis, some foods and some supplements, and other modalities show credible evidence of efficacy in removing toxicants, much research remains to be done in order to yield consistent evidential support for the increasing plethora of “detox” interventions».

In 2015, in the Journal of Human Nutrition and Dietetics, the official journal of the British Dietetic Association, appeared an article critically examining the evidence relating to detox diets for the elimination of toxins and weight control. The article states: «To the best of our knowledge, no randomised controlled trials have been conducted to assess the effectiveness of commercial detox diets in humans. This is an area that deserves attention so that consumers can be informed of the potential benefits and risks of detox programmes».

Does the fact that commercialized detox diets are not effective or not very effective mean that our body cannot be helped in any way to eliminate toxins? Let's try to understand.
As we said, eating vegetables and fruits is a good habit. Now let’s focus on the fact that sometimes the detox diet indicates to consume one or more specific foods such as coriander, nori seaweed, olestra or milk thistle. One or more of these foods are considered to be particularly detoxifying in some detox diets. And the same study published in the Journal of Human Nutrition and Dietetics in 2015 states that «There is preliminary evidence to suggest that certain foods such as coriander, nori and olestra have detoxification properties, although the majority of these studies have been performed in animals».
There are also studies that indicate that milk thistle contains active ingredients useful for the protection of the liver. Let's see.

A study published in 2010 indicates that silymarin, a mixture of three active ingredients found in milk thistle, could prevent toxins from binding to liver cells. Moreover, in animal tests it shows to reduce liver damage caused by some substances including alcohol.

Another study, published in 2017, states that the scientific literature shows that silymarin has an effect that allows its use in all the most frequent causes of liver damage.

A meta-analysis published in 2017, then, indicates that the results observed in the various studies analyzed may perhaps signal silymarin as an additional therapeutic strategy in the control of fatty liver (non-alcoholic hepatic steatosis). The meta-study also indicates that the studies found, as often happens in the case of studies concerning herbal medicines, are methodologically fragile. It is therefore necessary, according to the meta-study, to carry out studies with more appropriate methodological designs. 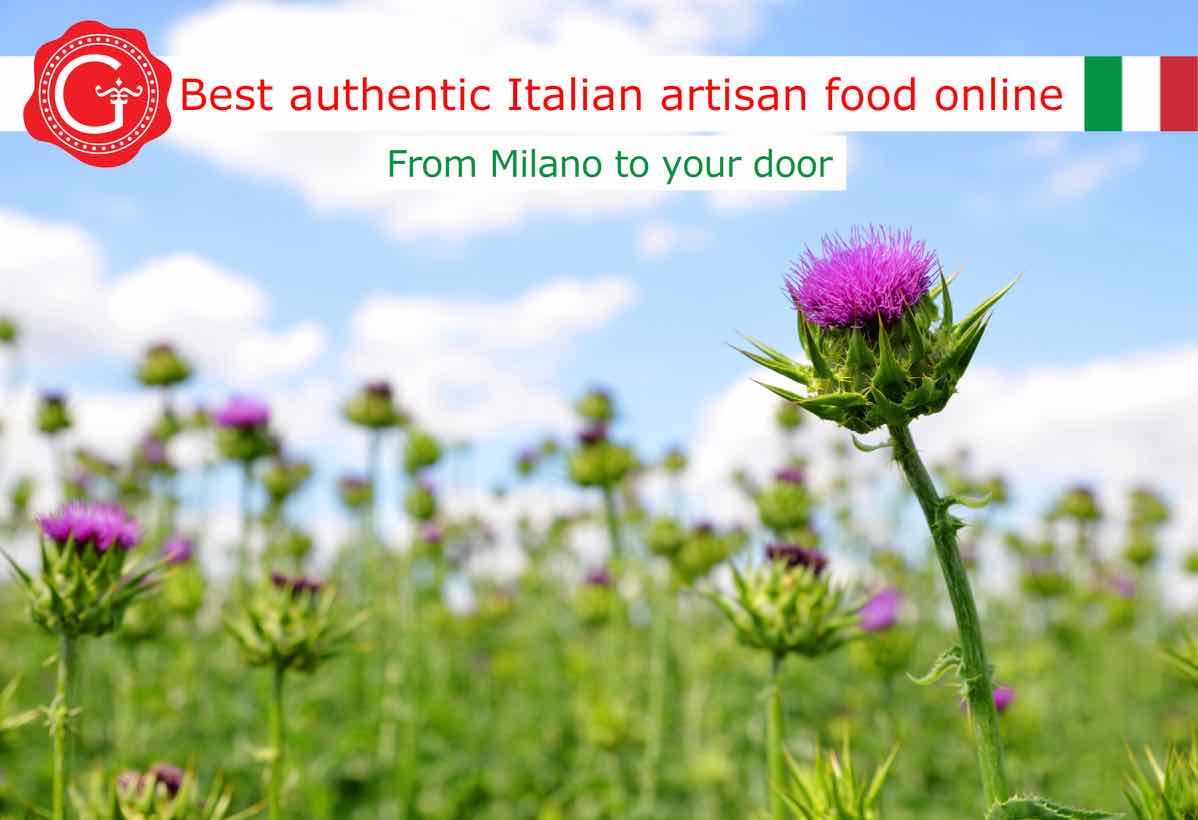 WHAT DOES TOXIC MEAN?

Detox diet aims to detoxify. But what does it mean to detoxify, toxin, toxic? The term toxin indicates something poisonous. The word toxic is perhaps to be related to the Greek word tòxon (τόξον), which indicates the bow. Toxic, in this sense, would be what refers to the bow. And what does the bow have to do with poison? Well, with the bow you can throw poisoned arrows. The poison placed on the tip of the arrow is toxicon pharmakon (τόξικον φάρμακον), where pharmakonin this case means something that destroys, that hurts, what we say today a poison.
Some further consideration on pharmakonand poisonmay perhaps help us understand the topic of diets, including the detox diet.

PHARMAKON, VENENUM AND POISON: SOME MORE POINTS FOR REFLECTION

The term harmacy derives from the ancient greek pharmakon.Even though pharmakoncan hurt, and even kill, pharmakonby itself does not mean something that hurts: it can also be something that cures, a medicine, a remedy.
Also the term poison does not derive from a word with a negative meaning. The latin term potionem means more generically a drink (from potare, which means to drink).
In Italian poison translates to veleno. Perhaps it is also of some interest that the Latin word venenumdoes not in itself mean something that hurts, at least not always. In the Digesto, the collection of decisions and opinions of Roman jurists made by the emperor Justinian in the sixth century, is written:

«Whoever says ‘poison’ must add whether ‘bad’ or ‘good’; in fact also medicaments are poisons, since with that name one understands everything that, applied, modifies the nature of that to which it is applied» (Digest., L., 16.236).

Can we say that, for man, the fact that something ingested is healthy or harmful will depend at least in some cases on the dose and on starting condition of the person who ingests the substance?

In conclusion, detox diets that we usually find are not as decisive as they promise.
An unhealthy eating style is not corrected with a few days of strict diet.
Alternating long excessive periods with short periods of water, centrifuges and soups is not healthy.
This does not mean that the foods indicated by detox diets are harmful. Indeed, a greater consumption of fruit and vegetables and a lower consumption of alcoholic beverages, sausages and sugars is in many cases desirable. And it may also make sense to follow a few days of purifying diet, paying attention to the intake of essential nutrients.
Furthermore, some foods may have some particularly healthy properties. However, believing that you have found the food that cures all ills risks generating them. All the active ingredients, if taken in excess, are toxic.
Finally, the diet should be part of a broader life project, in which physical activity and psychological needs are also considered.