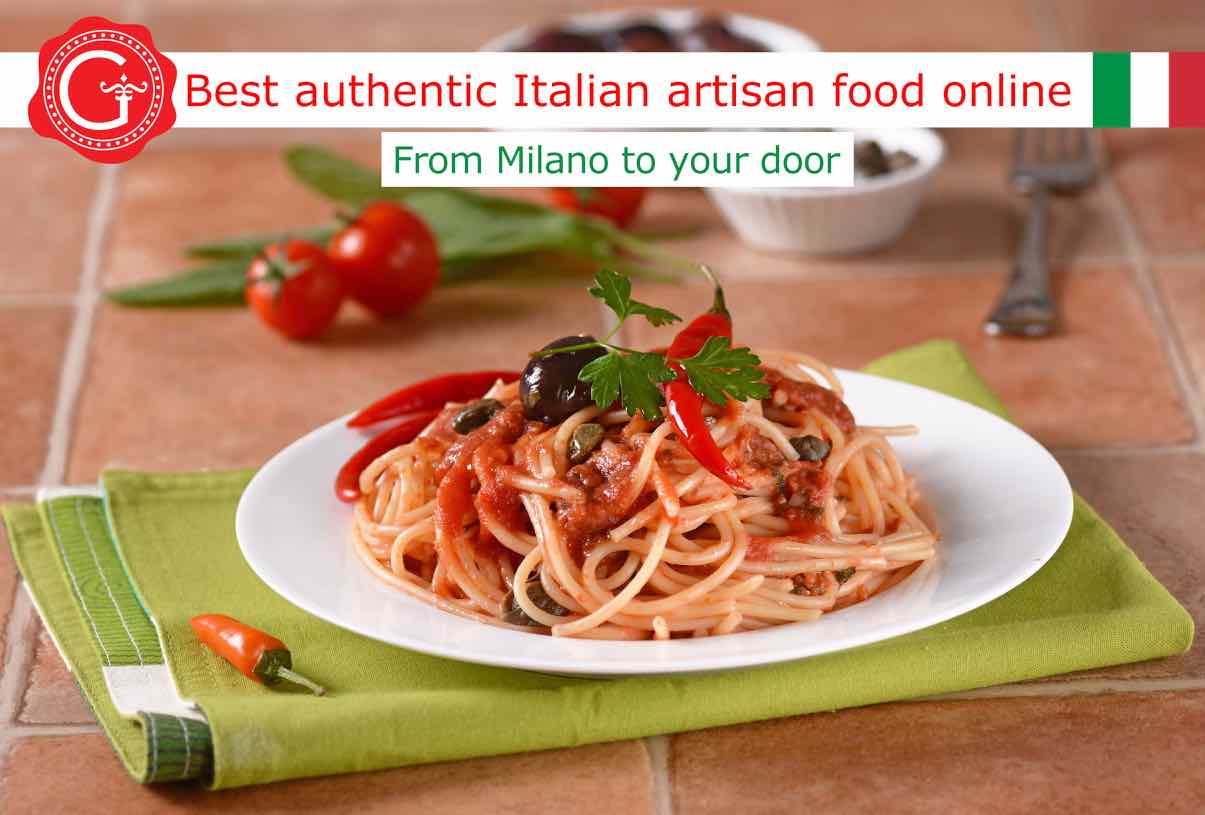 There are two versions of the pasta puttanesca recipe: the Neapolitan and the one from the Lazio region. In Italian we say Pasta alla puttanesca, which translates pasta in the manner of puttanesca. The ingredients are simple, the flavor exceptional in both versions. The first testimony known to us of a recipe very similar to that which today is called pasta puttanesca is perhaps contained in the ‘Cucina teorico-pratica’ (Theoretical-practical cuisine) by Ippolito Cavalcanti.
Let’s see the ingredients, some tips and some hypotheses about the origin of the recipe and of the name.

As we saw, there are two versions of the pasta puttanesca recipe: the Neapolitan and the Lazio. Let’s see the preparation of both versions.

Preparation of pasta puttanesca: other steps

SHOP ONLINE OUR SELECTION OF THE BEST ARTISAN ITALIAN PASTA

SOME TIPS OR ADDITIONAL INFORMATION

WHERE DID PASTA PUTTANESCA COME FROM?

Some origins of the recipe

Looking for the origins of the recipe that we now call puttanesca, we find some similar dishes and different hypotheses.
In the Cucina teorico-pratica by Ippolito Cavalcanti, on page 179 of the fourth edition (printed in Naples in 1844), we find the Vermicelli all’oglio con olive, capperi, ed alici salse, which translates to Vermicelli with olives, capers, and salted anchovies.
In the Guida Gastronomica d’Italia (Gastronomic Guide of Italy), published by the Italian Touring Club in 1931 in Milan, among the dishes of the province of Naples we find the Maccheroni alla marinara. They are seasoned with fresh tomato sauce, cooked in oil with garlic and parsley, to which are added capers and olives. 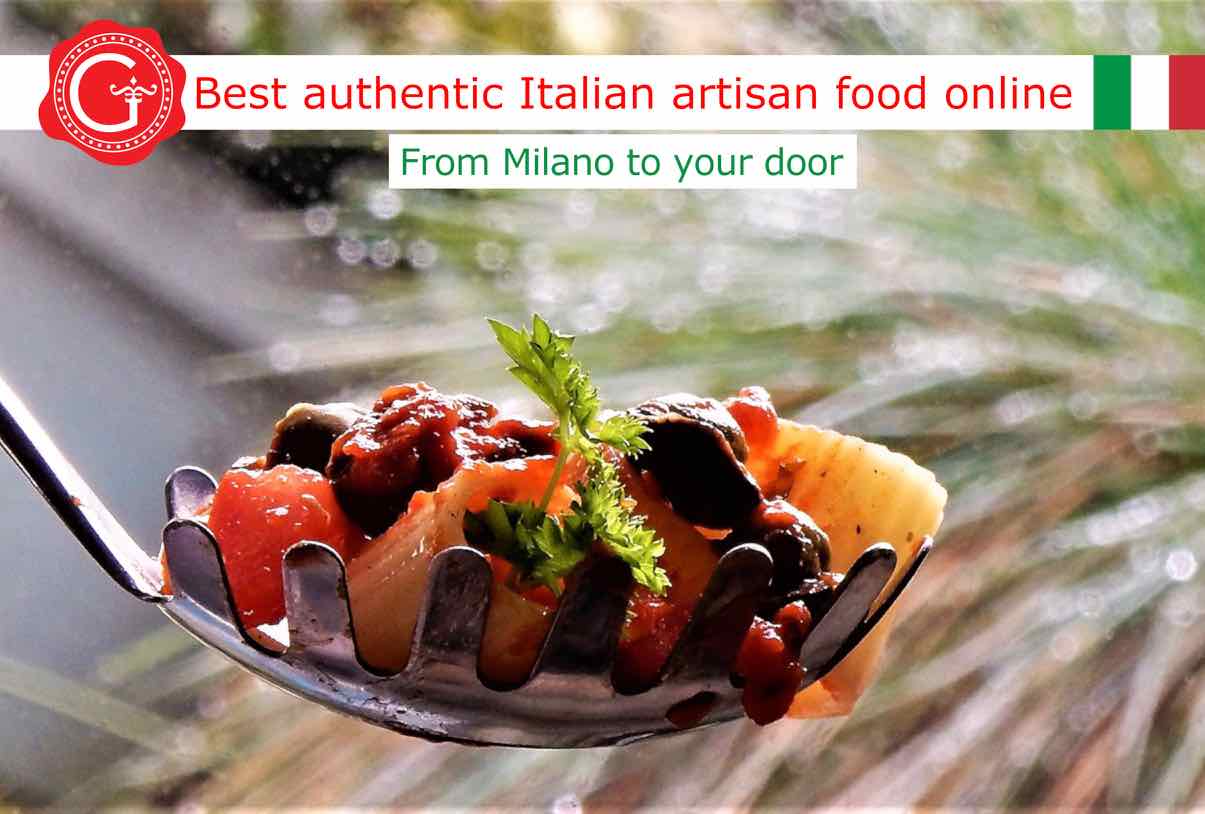 Why is it called puttanesca?

The condiment in the manner of puttanesca is also called aulive e cchiapparielle, i.e. olives and capers. Where does the name puttanesca come from? Arthur Schwartz, in his book Naples at table shows some hypotheses extracted from two books: Partenope in Cucina and La cucina napoletana by Jeanne Carola Francesconi. According to the latter, the puttanesca was called marinara, but just after the Second World War, in Ischia, the painter Eduardo Colucci changed its name (for unknown reason).
In La Cucina napoletana (The Napolitan Cuisine) by Luciano Pignataro, however, there are news that change the landscape. In fact, in the book the recipe of the Vermicelli alla puttanesca is preceded by an introduction by Bruno Macrì, who shows an excerpt from the book Lucio Battisti – Emozioni Ischitane by Anna Maria Chiriello. In the passage quoted in the book of the Chiariello, Petti tells that one night (around four in the morning) at the Rangio, a famous Ischian restaurant, some friends were really hungry. He said there was nothing left in the kitchen, but his friends insisted and said ‘facci una puttanata qualsiasi’, which would sound something like ‘throw together whatever’. Sandro Petti, Colucci’s nephew, therefore claims the authorship of the puttanesca sauce.

IF YOU ENJOYED THE ARTICLE ABOUT PASTA PUTTANESCA RECIPE, SHARE IT AND SIGN UP TO THE GUSTOROTONDO NEWSLETTER!