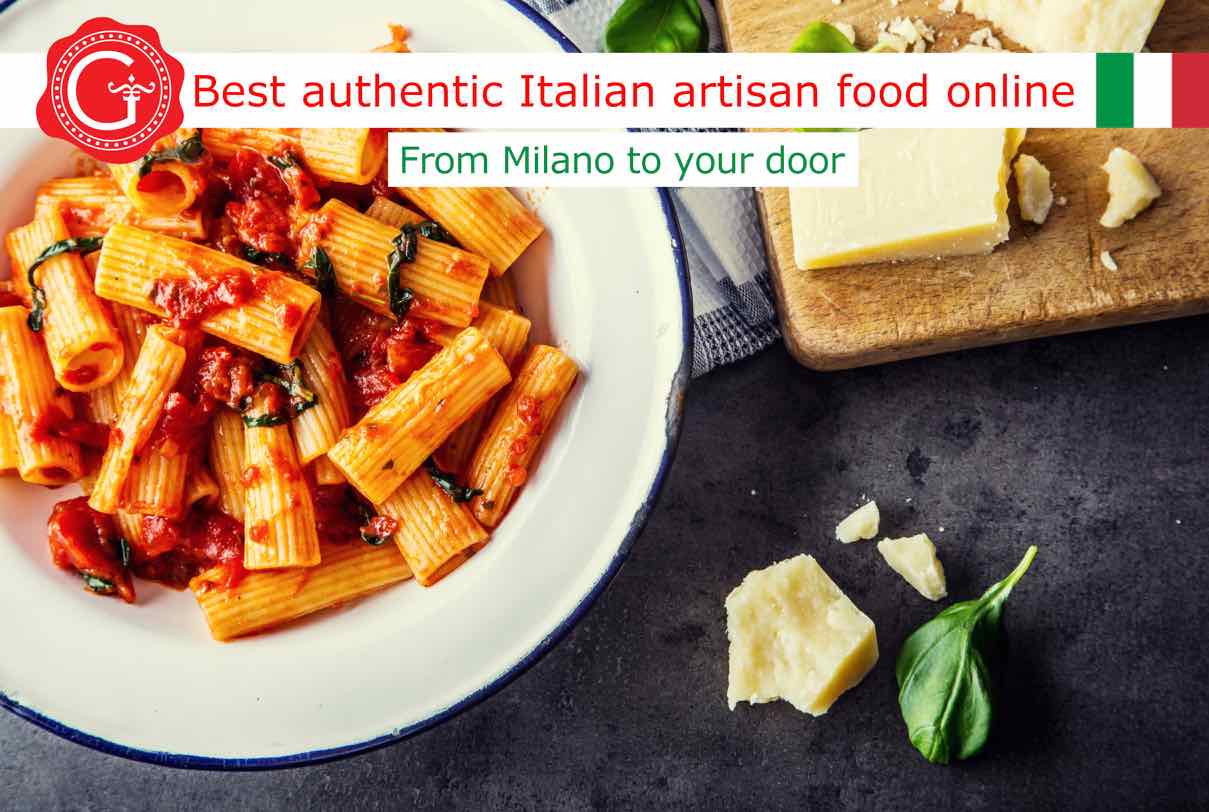 Rigatoni pasta is a tube-shaped pasta with longitudinal rows (ridges) on the outer surface.
The Italian pronunciation is riɡaˈtoːni.
They are made with durum wheat semolina and water.
The term Rigatoni refers to the lines, to the scratches, to the straight ridges on the surface: in fact, Rigatone is augmentative of rigato, which translates scratched, furrowed, ruled. Rigatoni is plural of Rigatone, and the augmentative is due to the fact that it is a type of pasta with an important size.
The ridges on the surface allow this type of pasta to retain the sauces, and therefore allow to easily savor the pasta along with the sauce.

What is the difference between Penne and Rigatoni? Which sauces goes best with Rigatoni pasta?
What is Rigatoni pasta used for?
Let’s see!

Rigatoni pasta is not all the same. They can have different lengths and diameters, and sometimes they are slightly curved. Moreover, it happens that different producers call with the same name different pasta shapes. Let’s see!

What is the difference between penne and rigatoni?

Rigatoni pasta are wider than penne pasta, and not cut on a diagonal: rigatoni’s ends are cut square (perpendicular) to the tube walls, while penne’s ends are cut diagonally.

If the shape of the pasta is arched rather than straight, then the pasta format is called Sedani or Sedanini. The use of one term or the other depends on the size: sedaniis the plural of sedano, which translates celery, and sedaninimeans little celeries.

The name ‘Sedani’ derives from the thin superficial lining, similar to the rib that runs along the coasts of celery. In fact, many pasta shape names come from the natural world

If the pasta format is rather large and with particularly accentuated curvature, then the pasta is called Lumaconi.

There are several systems of production of Rigatoni pasta and pasta in general.
Even for the rigatoni we can to some extent distinguish between so-called “artisan pasta" and “industrial pasta".
An important phase in the production of pasta is the drying stage. Some producers use production methods that favor speed; other pasta factories use more time-consuming systems.

The high temperature drying methods allow very short drying times (a few hours). Some pasta factories, which aim at the quality of Rigatoni rather than the quantity produced, operate by drying the pasta at much lower temperatures (for example lower than 54 ° C). The drying process requires, in this case, much longer times (for example 30 hours). According to some, low temperatures make it possible to better preserve the organoleptic and nutritional characteristics of the raw material (durum wheat) used.

The shape and size of Rigatoni pasta make them suitable for different sauces.
Thanks to the consistency, shape and ridges, they are able to grab thick and hearty sauces.
Rigatoni pasta pairs well with meat sauce: Rigatoni with meat sauce is a quite classical dish. Thanks to the cavity, they can also keep inside vegetable ragout. They are delicious also with a simple tomato sauce.
The consistent thickness and the ease in retaining the sauce make them also suitable for the preparation of baked pasta.

Now let’s see some Rigatoni recipes, and in particular Rigatoni with Bolognese ragù, Rigatoni all’amatriciana and a recipe of baked Rigatoni pasta. 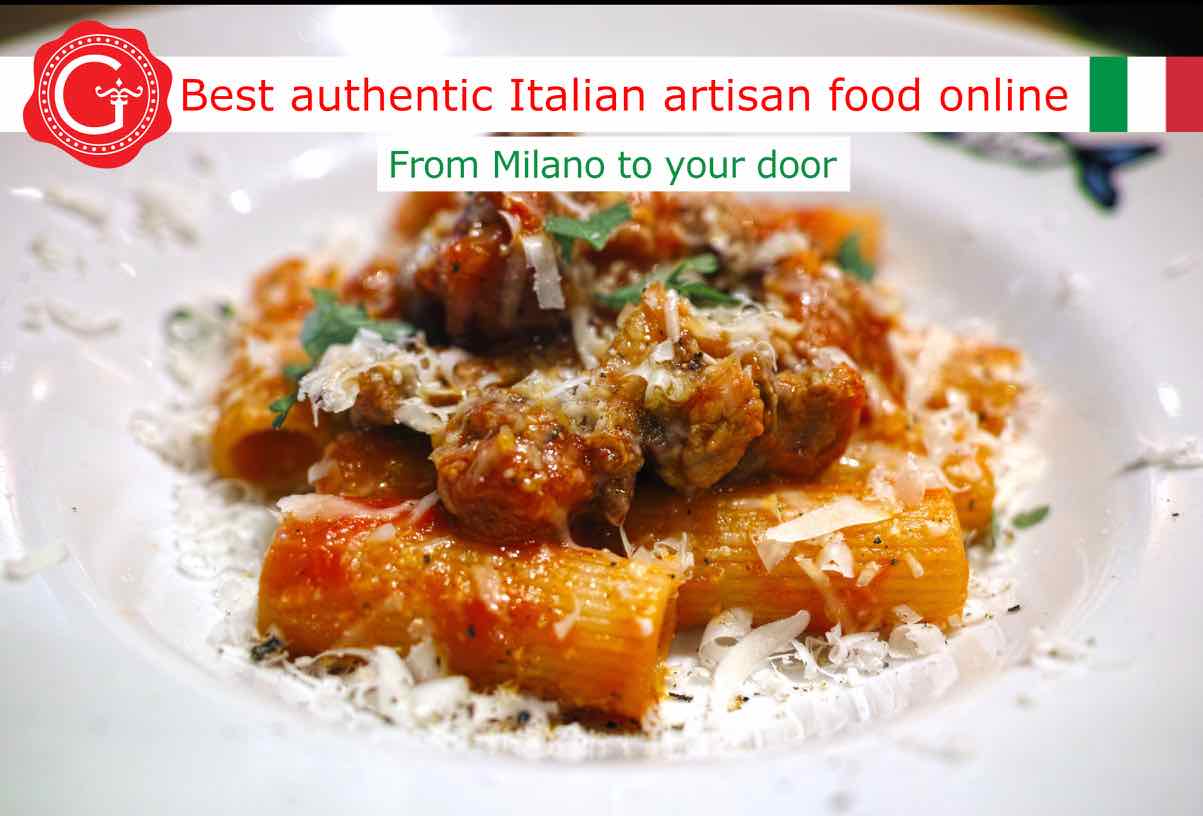 Amatricianais a recipe that is normally made using Bucatini.
However, also Rigatoni pasta is format that can be paired with amatriciana seasoning. In Italy we would say Rigatoni all’amatriciana (amatriciana way) instead of Rigatoni amatriciana.

The first recipe of the amatriciana is reported in the famous cookbook Il Talismano della felicità (The talisman of happiness) by Ada Boni, edited in 1927.

There are several variations of the amatriciana recipe.

In the recipe of Ada Boni, the guanciale (Italian cured meat product prepared from pork jowl or cheek, whose name is derived from guancia, that translates cheek) is minced and sautéed with lard and onion, to which fresh, peeled tomatoes are added. Spaghetti are seasoned with this sauce and with the addition of pecorino, or parmesan, or a mixture between the two cheeses, and plenty of pepper.

During the economic boom, the amatriciana recipe includes only guanciale from Amatrice, tomato, pecorino romano cheese and chilli. Currently onion tends to be excluded from the recipe. In the Disciplinary of production of amatriciana sauce, approved in 2015 and partially modified in 2016 from the Municipality of Amatrice, white wine appears to blend the guanciale; the possibility of using peeled tomatoes instead of fresh tomatoes is also mentioned. Chilli becomes optional, while pecorino, one of the three essential pillars for the success of the dish, is indicated as a “recommended pairing". 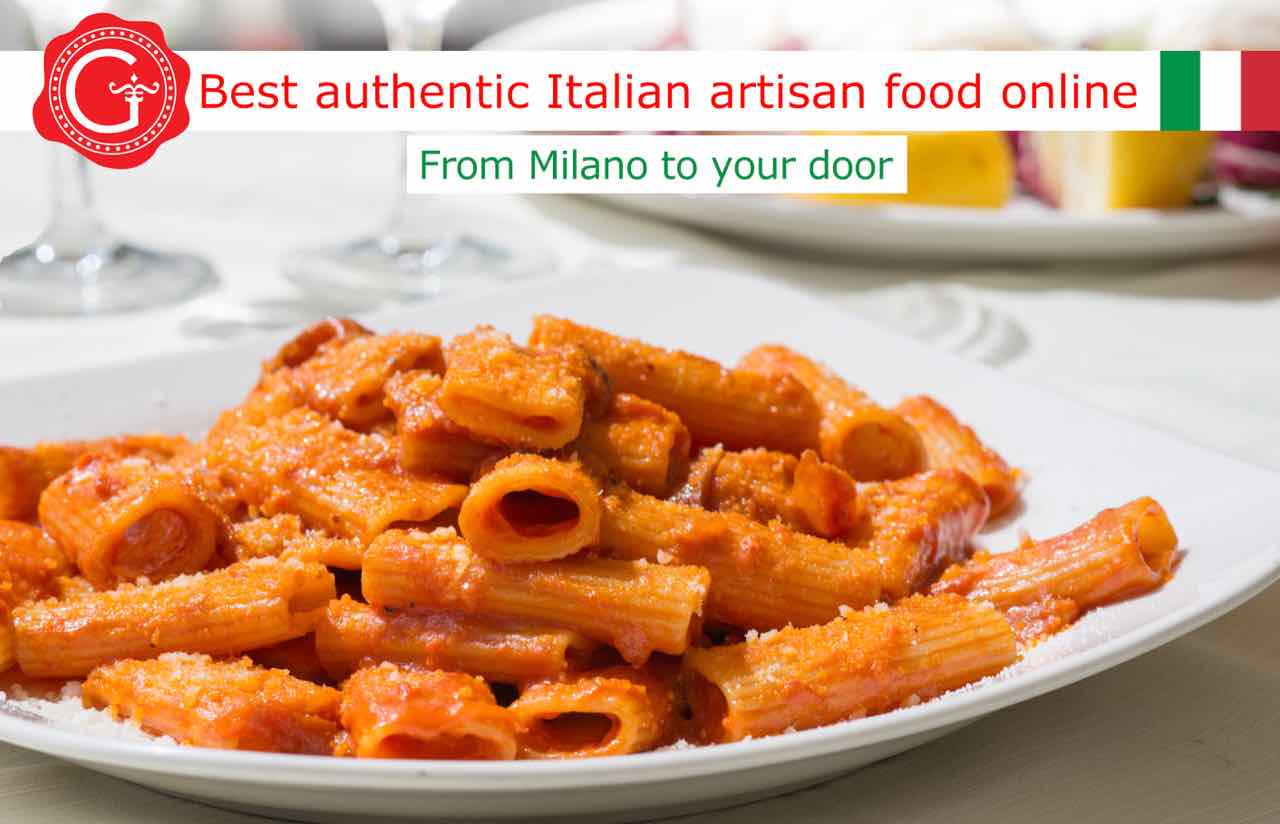 Baked Rigatoni are an easy Rigatoni recipe and a dish that is always much appreciated.
Baked pasta with béchamel is one of the most famous first courses of Italian cuisine
It is an easy Rigatoni recipe, which does not take long. It is also a convenient recipe because the dish can be prepared in advance and baked in the evening, just before sitting down to table.

Baked Rigatoni pasta with béchamel can be made according to many variations, with different ingredients. You can add for example mushrooms and cooked ham to the basic ingredients.
Here we will see the basic recipe (which among other things is perhaps my favorite!).

IF YOU ENJOYED THE ARTICLE ABOUT THE RIGATONI PASTA, SHARE IT AND SIGN UP TO THE GUSTOROTONDO NEWSLETTER!